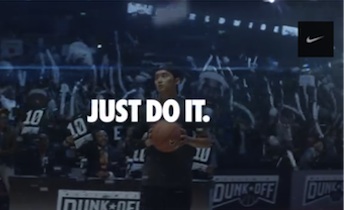 NIKE PRESENTS: JUST DO IT

Nike’s “Just Do It” demonstrates the broad appeal that makes an ad effective both online and on television. The ad exceeded norms across the gender age breaks with the exception of males 36-49 –who scored it just at norm.

As evidenced in the Emotional Sentiment Index and via the verbatim responses, viewers found the ad “inspiring”, “motivating”, and “positive”. 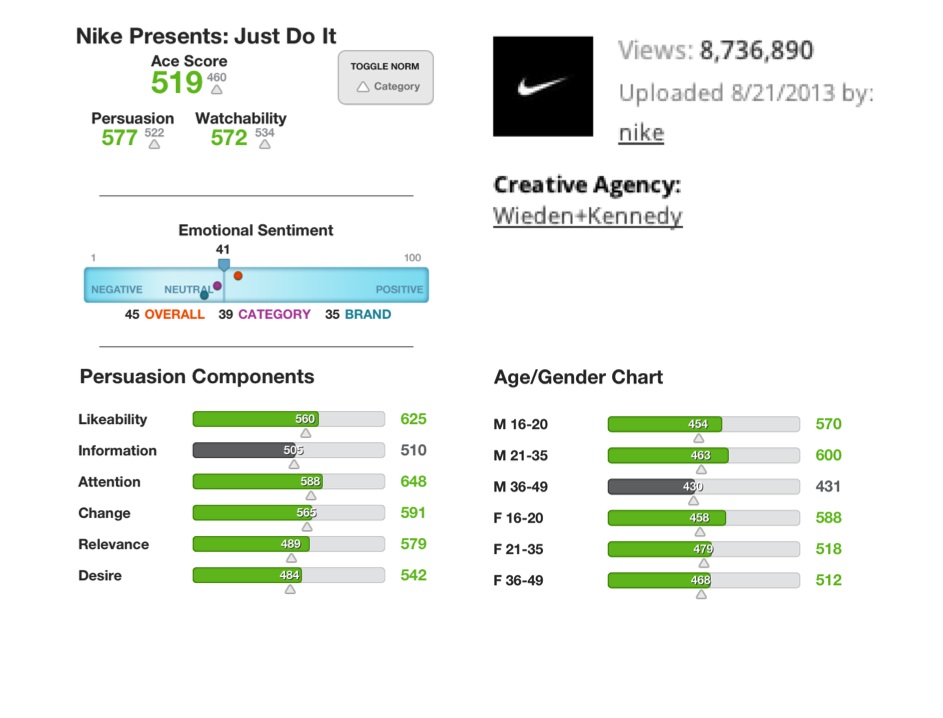 This ad certainly found its sweet spot with the younger men.  The ad scored just below the footwear category norm (460) but above norm with Men at 474. Even among the male audience, 12% of verbatims noted the ad as “funny”, while 6% called it “boring”. 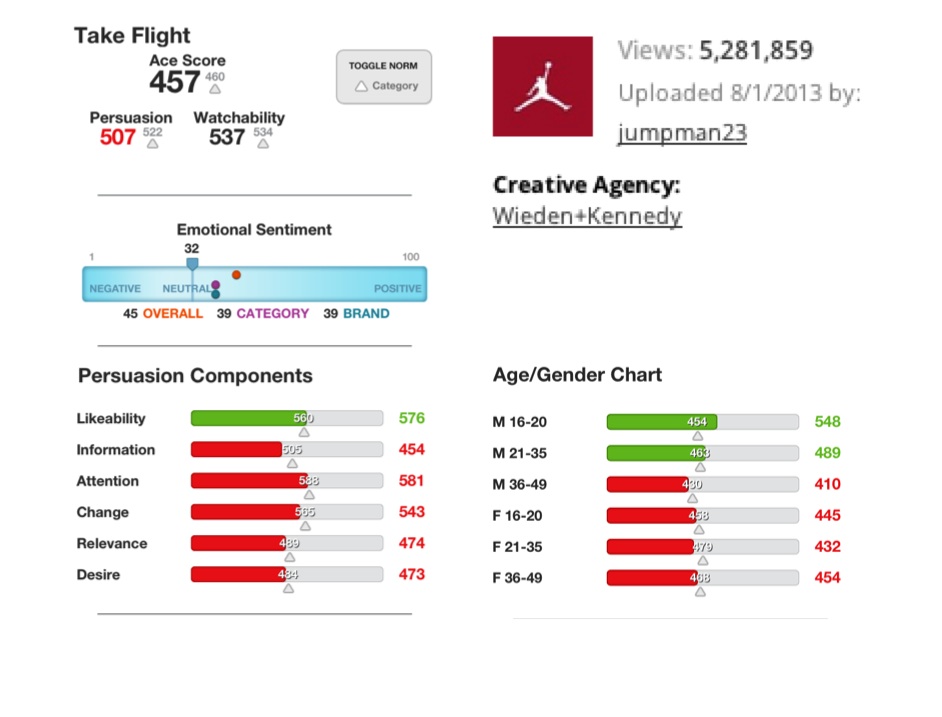 Honda refused to give up its fourth place spot on the leaderboard from July, giving us “Better Self Forward”. This ad, featuring a voice over and cameo appearances from Nick Cannon draws its success from females, younger and older. Males have a harder time with it, with the exception of 21-35 who do score the ad above the non-lux auto norm of 510, but under the males 21-35 average of 550. A common theme on leaderboard ads and perhaps an attribute of the truly shareable, the ad earns an Emotional Sentiment score of 55, several points above the Honda brand norm. Respondents called the ad “inspirational” and while many note that the ad didn’t seem to be about a car, the ad generated strong brand identification with Honda mentioned 14% of respondents. 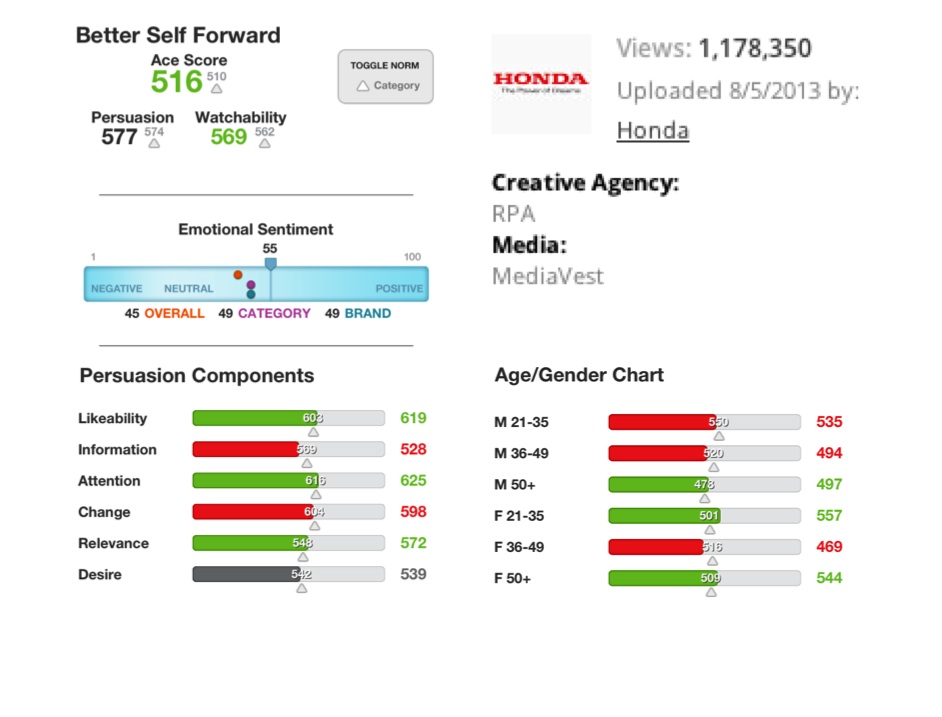 Many brands are vying to be the third horse in the well established Samsung vs Apple race. Motorola takes a strong position with this ad, which features Google Now and ends with a line most reminiscent of this year’s “Designed in California” iPhone ad – ending with the line “Designed by you. Assembled in the US”.

The ad is a hit with women across the board, with mature women scoring it 25% above the category norm. 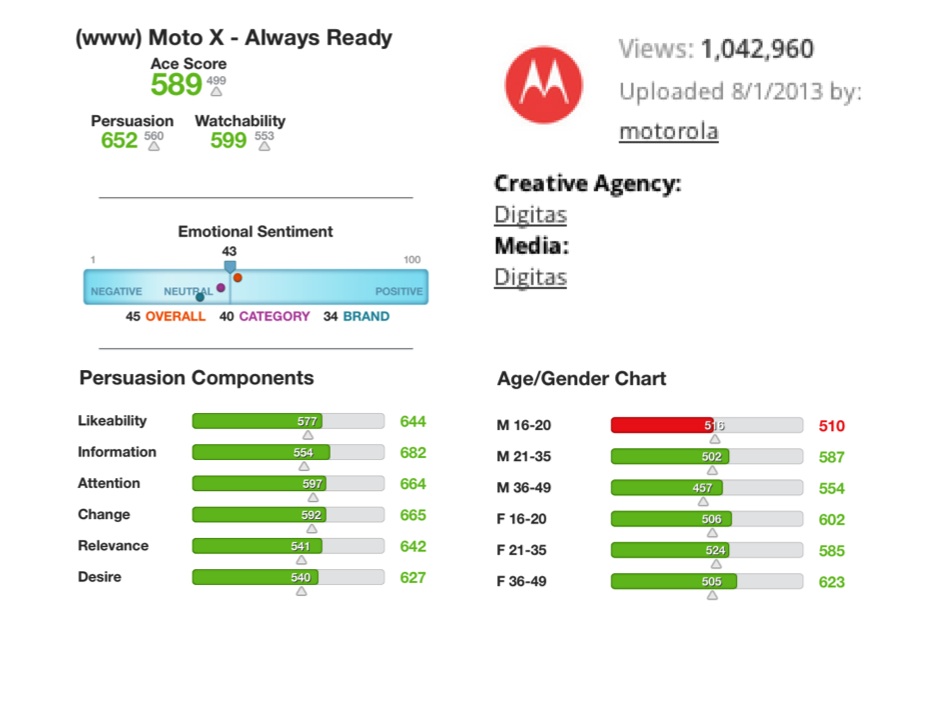 The fist of two EA ads to make the Leaderboard this month, “Battlefield 4” finds success with the younger males  who score this ad a whopping 32% above the category norm – a stark difference in audience as compared to the Madden ad ranked at #8 which earns more mature eyeballs. 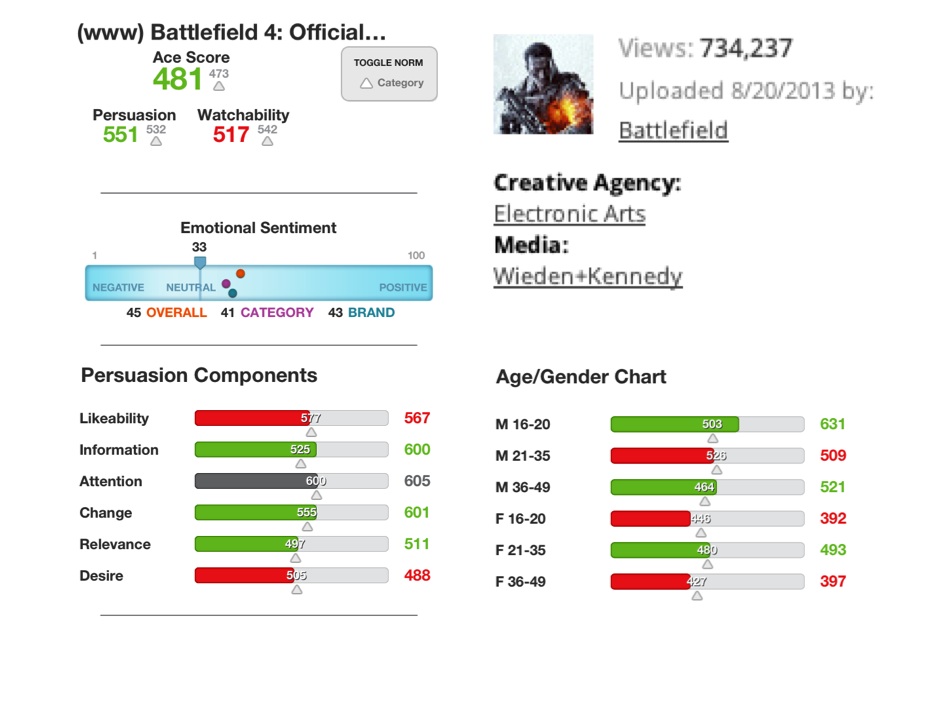 The most prolific of advertisers in the video game category, EA sports has introduced several ads in a campaign featuring Colin Kaepernick and Russell Wilson, players of their new Madden game. This ad scored highest of the three.

The ad certainly succeeds with the male 21-49 demographics, but struggles a bit with younger males 16-20. The ad also finds an audience with females 16-35. 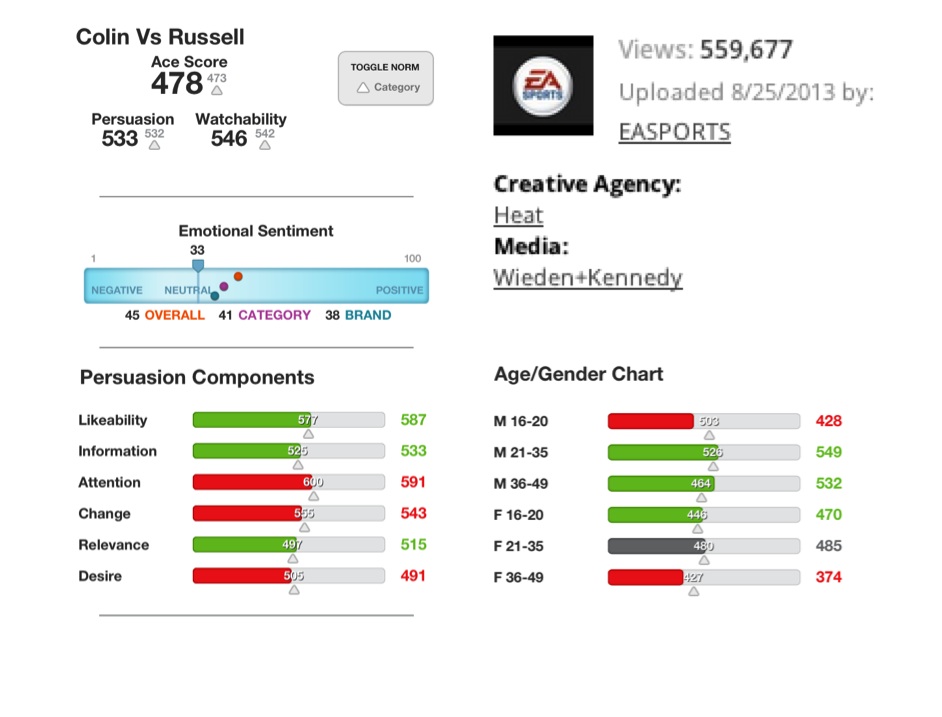