Ad Advice: How to Spend Father’s Day with Dad 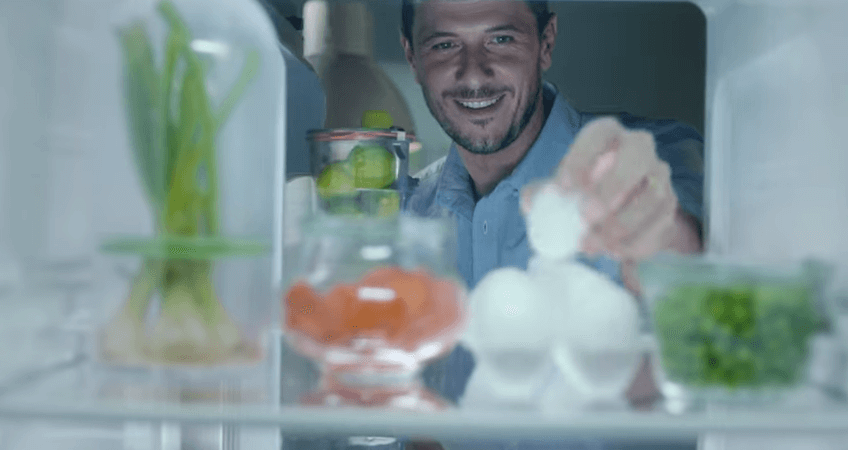 Picking the perfect gift for dad on Father’s Day has to be one of the most difficult tasks known to any child. If you’re looking to stray from the normal sock, tie, wallet combo, it can be nearly impossible to guess what dad would like. Will he really ever use that nose hair trimmer or that lithium-ion brushless, cordless rotary hammer you bought him last year? To help you out, we’ve assembled a few suggestions based on the ads dads love.

Looking back to ads from the beginning of 2014 to today, we extracted four ideas based on fathers’ favorite commercials.

1. Shop for a new refrigerator or vacuum

Believe it or not, dads love appliance ads, and as it appears, for good reason. This year, appliances have gotten a major technological facelift. Cordless upright vacuums, shiny stainless-steel refrigerators and touchless flushing toilets all contributed to the Appliances category’s soaring scores. All told, dads rated ads in the Appliances category higher than any other category (of categories with 5 or more ads in 2014). 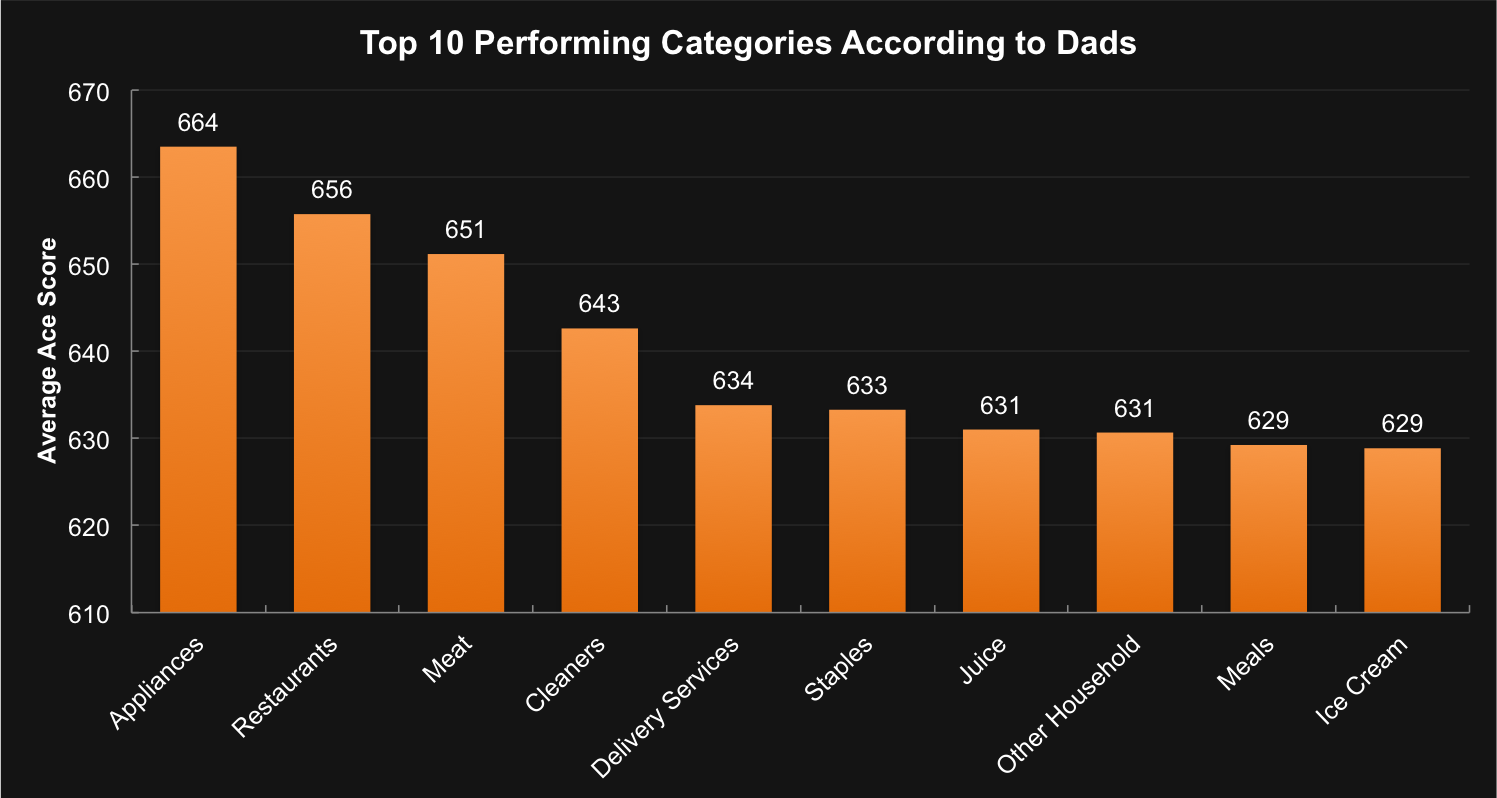 Of all Appliance ads, Samsung’s new refrigerator freezes out the competition. Dads awarded “Easy Access To Foods” an Ace Score of 752, which is also about 9% higher than the general population’s score. Not far behind is Hoover’s ad featuring its new cordless vacuum. “Change That Changed Everything” cleaned up with an Ace Score of 747 among dads. (Keep in mind that, the data didn’t say dad would clean the new refrigerator or use the new vacuum—only that dad was interested in the new appliances.)

Dads drool for a good meal out. The Restaurant category was the second highest rated among men with kids. While perhaps not surprising, shots of steak especially won the way to dads’ stomachs. Ads from Outback and LongHorn Steakhouse have the highest average Ace Scores; however Olive Garden’s “Latest Inspiration” is highest scoring ad according to dads with an Ace Score of 749. 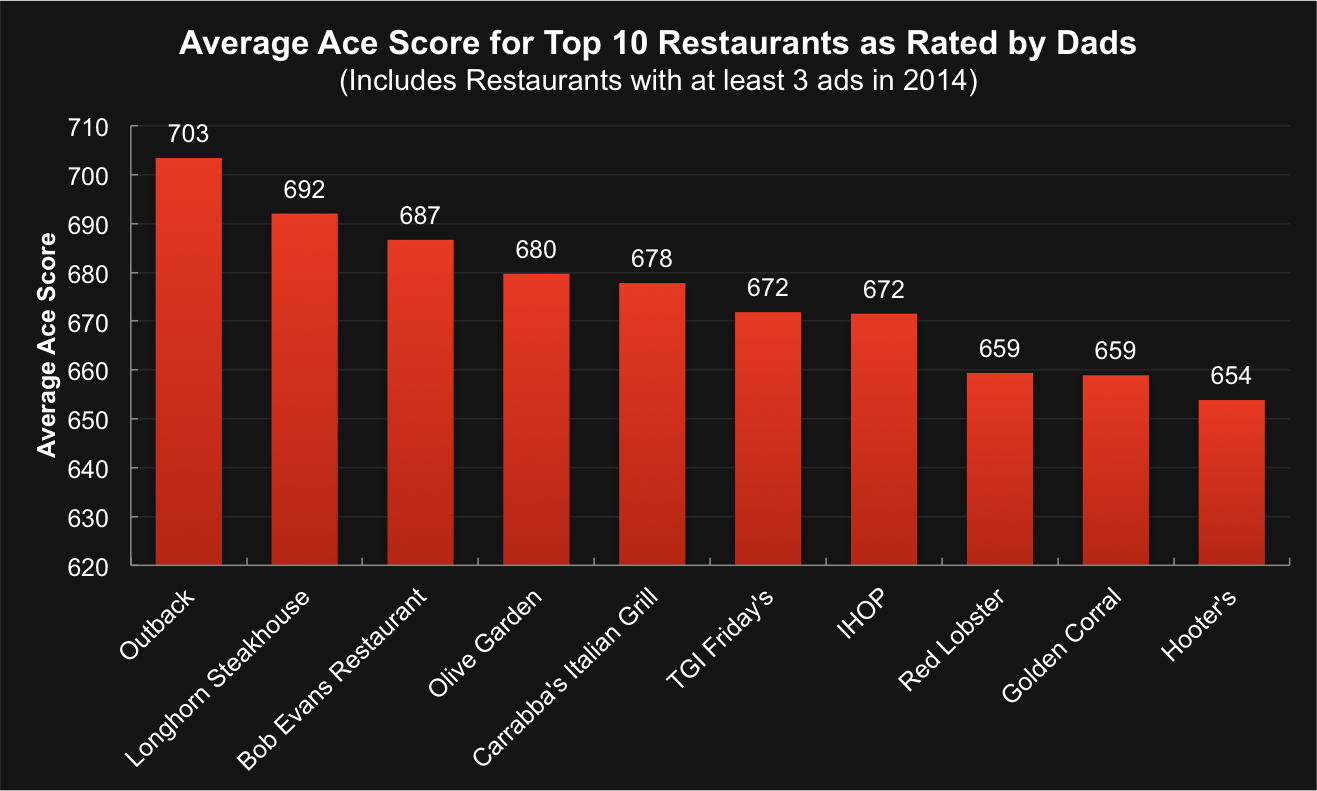 This leaning towards steak is only reinforced by the fact that the Meat category is the third highest ranked by dads, as shown in the first graph.

We think dad would agree that nothing goes better with steak than a nice, tall glass of beer. On average, dads score beer ads nearly 15% higher than what the general population rates them. 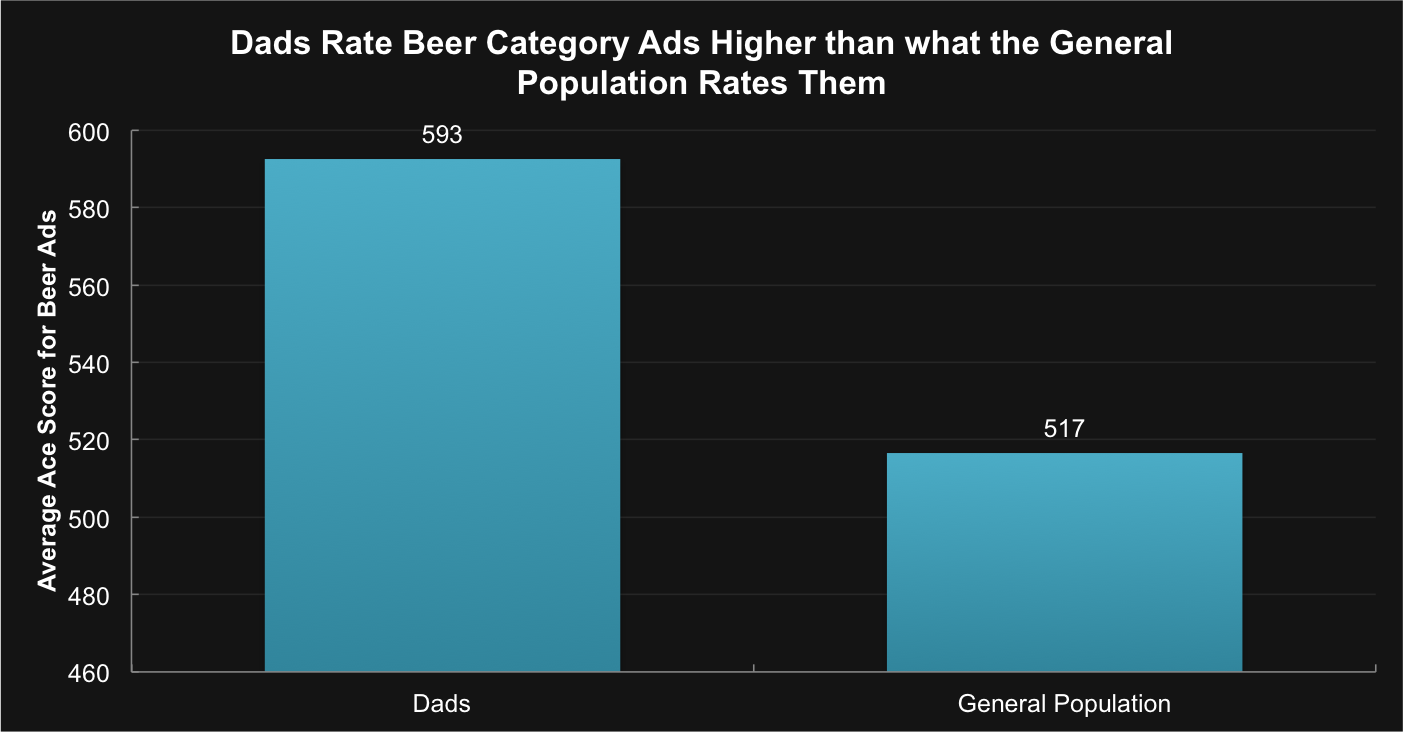 Of the top 25 ads dads rated proportionally higher than what the general population rated them, eight golf ads make the cut. Considering there are less than 25 golf-related nationally airing ads this year, that’s a substantial number. Dick’s Sporting Goods’ “Make A Change” especially got dad’s excited to get out on the green, rating that ad 38% higher than the general population’s Ace Score.

We were surprised to find home improvement brands so far down on the “top performing ads according to dads” list. While the Home Improvement category found its way onto the list of mom’s favorites, the first time we see a do-it-yourself ad on dad’s list is not until the 36th ranked ad “Mix it Up” from Home Depot, which earned a 715 Ace Score among dads.