For the first time in 37 years, Budweiser is not getting Super Bowl airtime. The brand’s decision (which doesn’t include all ABInBev brands) is part of a trend where legacy Super Bowl advertisers are opting out of the 2021 game. That’s right: This year Hyundai, Kia, Avocados From Mexico, Coca-Cola, Pepsi, and many more will not be gracing our screens during the Big Game. Their absence is ushering in a new wave of advertisers — 22 first-timers as of February 4.

Despite skipping official airtime, Budweiser still managed to make a splash around the Super Bowl. In “Bigger Picture,” Budweiser announced its departure from TV advertising’s marquee event and explained how it’s redirecting those marketing dollars towards raising awareness for the COVID-19 vaccine. “Bigger Picture” achieved a Rare Empower signal, and is tied for 2nd highest scoring on this metric so far in 2021.

The creative follows the same approach as the brand’s “One Team” ad — which first aired at the start of the pandemic. Both spots generated similarly high Empower scores on par with just 0.61% of all the ads we’ve tested.

As we pour one out for the stalwart Super Bowl brand, we’re reminiscing with Budweiser’s Top 5 Breakthrough Big Game spots from the last decade. Breakthrough measures an ad’s ability to stand out from the clutter and is an average of our Attention and Likeability scores:

The heartwarming tale of a puppy befriending a Clydesdale in Budweiser’s “Puppy Love” is cemented among the most iconic Super Bowl ads of all time. It’s not just Budweiser’s top Breakthrough spot. It is the highest scoring of all 595 game day ads we’ve tested since 2010.

iSpot data shows “Puppy Love” was a hit with digital audiences as well. The ad had 10.26% of digital share of voice compared to all Super Bowl spots pre-game, and it generated over 273K social actions. That momentum continued post-game as well, topping digital SOV at 12.47%, and taking home nearly 49 million online views.

Behind the success of Budweiser’s “Puppy Love,” is storytelling that resulted in strong emotional messaging. From the production to the music to the cute animals, viewers connected with this spot in its entirety: 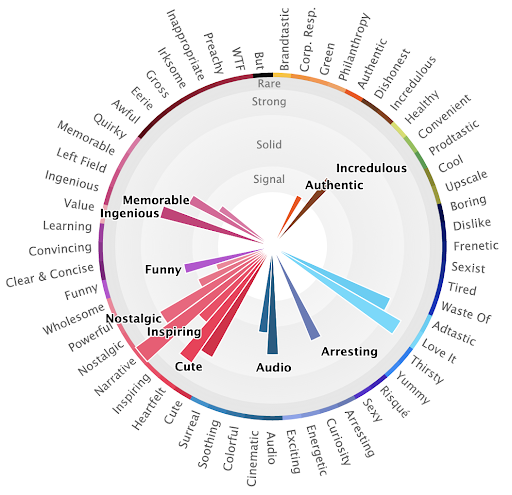 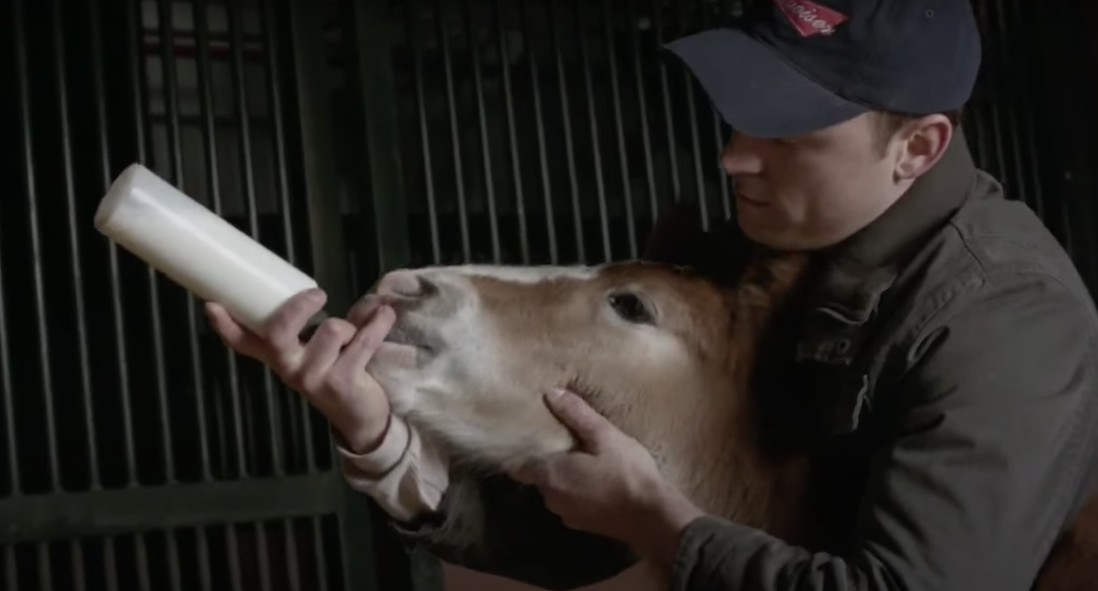 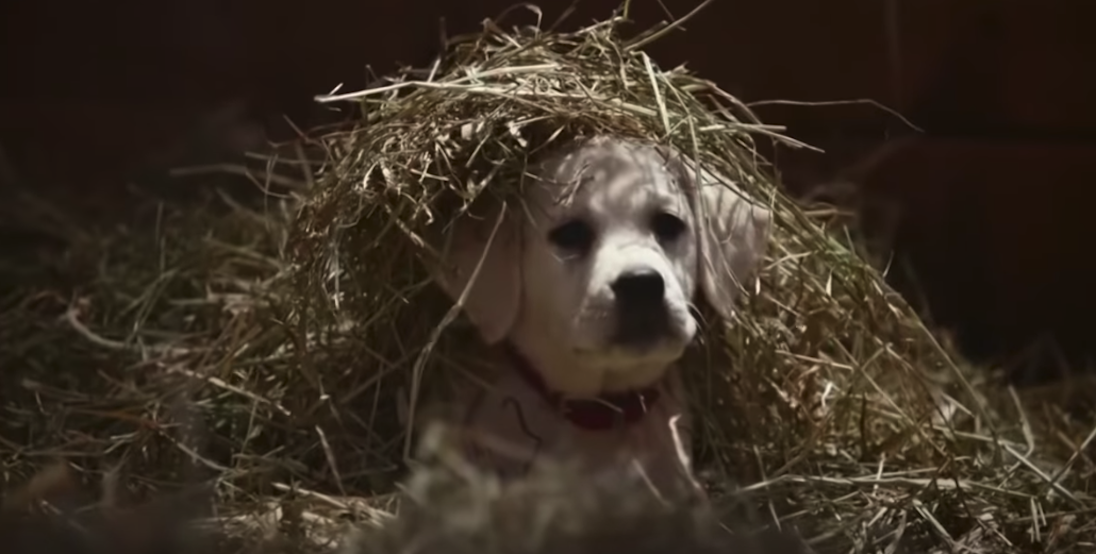 After the success of “Puppy Love,” Budweiser came back the next year and built on the familiarity of the story in “Lost Dog.” This marked the third year in a row where Budweiser’s creative ranked as the top breakthrough spot from game-day. “Lost Dog” recreated all the feels from its predecessor, but overall the emotional impact was slightly weaker.

According to iSpot, “Lost Dog” had momentum both before and after the game, too. Pre-game digital SOV for the spot was second among all Super Bowl ads that year, with 7.36% and it picked up 340K social actions. Following the game, digital SOV rose to 10.19% with 4.4 million social actions. 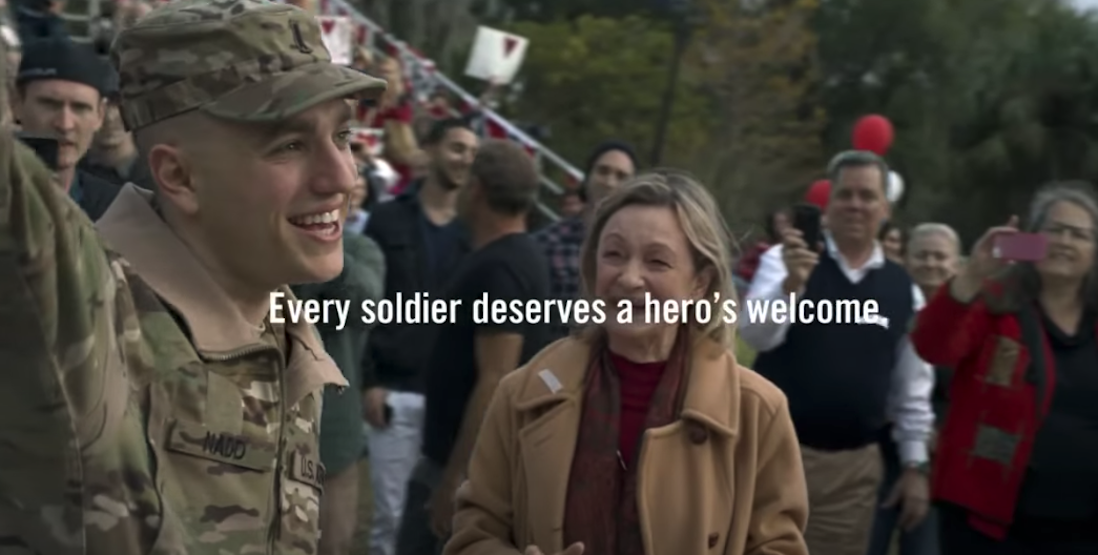 Budweiser brought its tear-jerking A-game to Super Bowl XLVIII, with “Hero’s Welcome” ranking 2nd on Breakthrough that year right after “Puppy Love.” The brand gave a returning soldier a big hometown welcome that pulled at more than just heartstrings. The corporate responsibility messaging resulted in a strong Empower score for the spot. In fact, of the ads that aired during Super Bowl XLVIII, “Hero’s Welcome” ranked third on Empower. 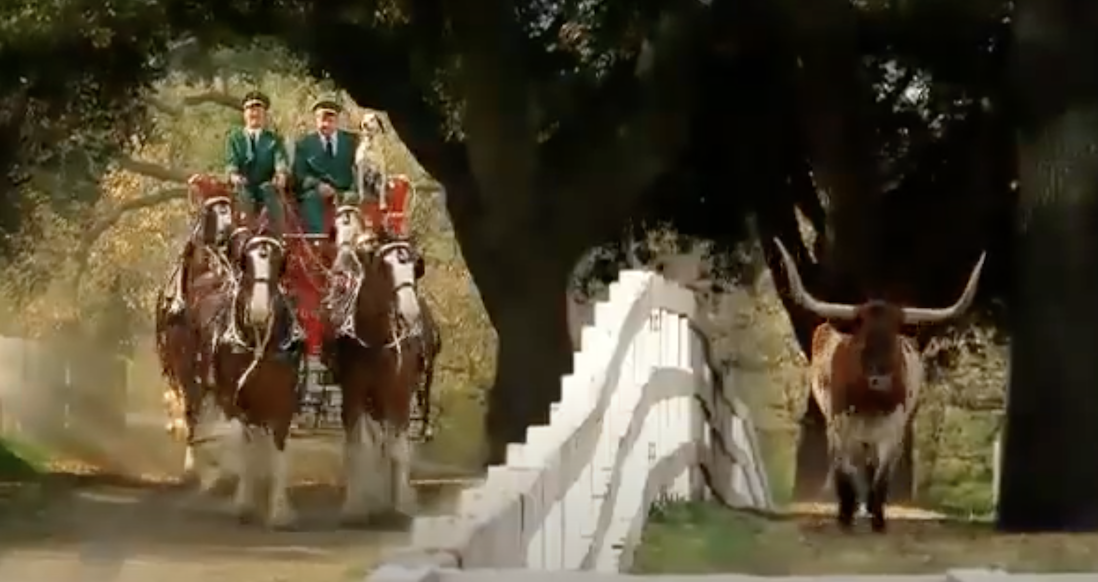 Last but not least, Budweiser kicked off the decade with this lighthearted Super Bowl ad featuring its recognizable Clydesdale horses. While the ox didn’t breakthrough as well as the puppy in later years, the humorous narrative resonated well with viewers. “Fence” ranked second on Breakthrough in Super Bowl XLIV after Doritos’ “Underdog.”

Will one of the rookie advertisers in Super Bowl 55 surpass Budweiser’s “Puppy Love” as the top Breakthrough ad from the past decade? To find out, register for our post-Super Bowl webinar hosted by Ad Age.