Last month in this blog we discussed Chobani’s latest ad campaign which directly calls out their competitors, Dannon and Yoplait, telling consumers that they use ingredients that are harmful. In stark contrast to this approach, Nissan released an ad the same week as Chobani that paid tribute to brands that paved the way for them in the truck category – Chevy, Ford, and Dodge. The ad, “Shoulders of Giants”, running :90 and produced by TBWA/Chiat/Day, bears an emotional tone and shows children idolizing parents, firefighters, astronauts and athletes.

By not only giving respect to their competitors, but thanking them, Nissan delivered a breakthrough ad that is driven by Change, Attention, and Likeabilty. In scoring the ad for Change, respondents are saying that they sense the “company is moving in a new direction.” For this fundamental measure, the ad scored nearly six percent above the non-luxury auto category norm. It also scored six percent above the norm for grabbing attention. 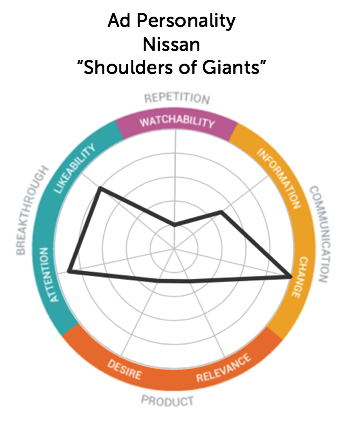 Nissan’s ad proves to be most effective among women, which is interesting because the narrator is a young boy and much of the idol imagery is male. There are a few scenes portraying moms as heroes, which might be what strikes an emotional chord with this audience. 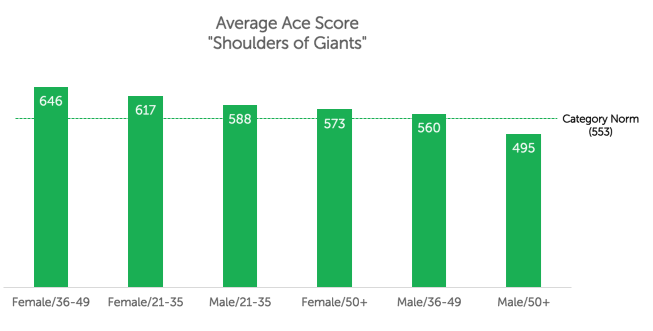 Getting to the heart of the matter, the question of how consumers responded to the mention of the other brands, it was mostly positive. Any concern that brand was taking shots at their predecessors is assuaged by the fact that less than one percent of the 324 verbatim responses even alluded to this.
One example:

For the most part, any mention of Nissan speaking of Chevy, Ford, and Dodge in verbatims was quite positive: 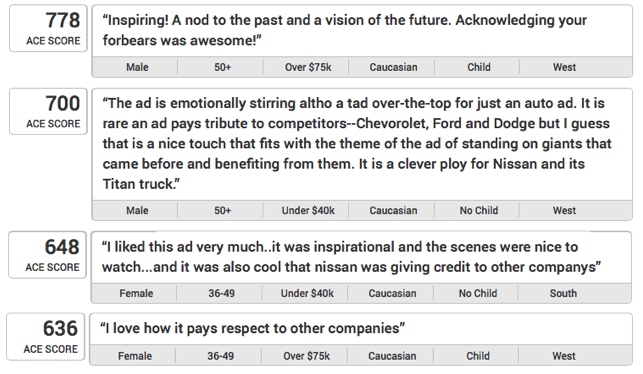 Other trends seen in these in these comments included finding the ad “inspirational”, “heartfelt”, and “touching.” It wasn’t all positive however, some viewers found the ad “long” and “confusing.”

Nissan’s approach of paying tribute also contrasts last July’s public battle between the Chevy and Ford truck brands, which started with Chevy questioning the value of Ford’s aluminum body F-150. In one Ford ad, “Game Changer”, they announce that they are re-inventing the pickup truck, alluding the aluminum body. In “High Strength,” Chevy gives a consumer the choice between a steel or aluminum cage, prior to letting a grizzly bear into the room, calling into question the ultimate safety of an aluminum truck frame.

While Chevy’s tactic of taking a subtle shot at Ford had little effect on ad performance, Nissan’s homage to their predecessors drew admiration and positive feelings from those viewing the ad. In this case, it seems taking the high road paid off for Nissan.