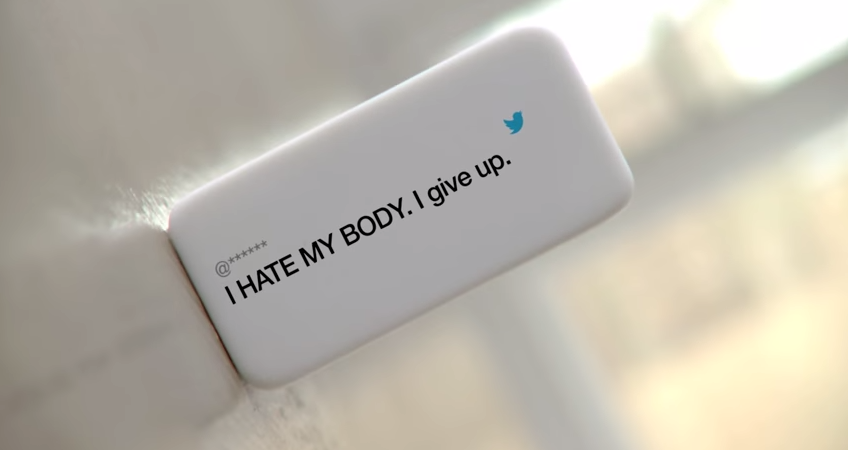 During a night of glitz and glam, Academy Award advertisers especially have to bring their A-game to be noticed during the big event. While the landmark films, creators and actors are the real winners of the magical Oscars evening, we couldn’t help but notice some pretty remarkable advertising creative as well. Ace Metrix had more than two dozen of the Oscar night ads scored, each among a unique panel of 500+ consumers. The following eight ads are those that performed over 5% above their respective 12-month category norms.

Dove’s latest spot in its Real Beauty campaign really touched consumers with its simple, yet powerful, message. The ad opens to bars of soap lined up like dominos with negative messages written on them. However, all the negativity topples when one positive message starts a chain reaction.

The simplicity of Dove’s new ad powerfully accentuates the potency of the ad’s message. Both men and women awarded this ad above-norm scores with an overall Ace Score of 652, an outstanding 25% above the 12-month norm for Skin ads. Women, as you could guess, were the biggest supporters of this ad’s high scores, giving it a score of 706, which is 18% higher than what men gave the ad.

The majority of consumers agreed that the ad’s message was the best thing about it. 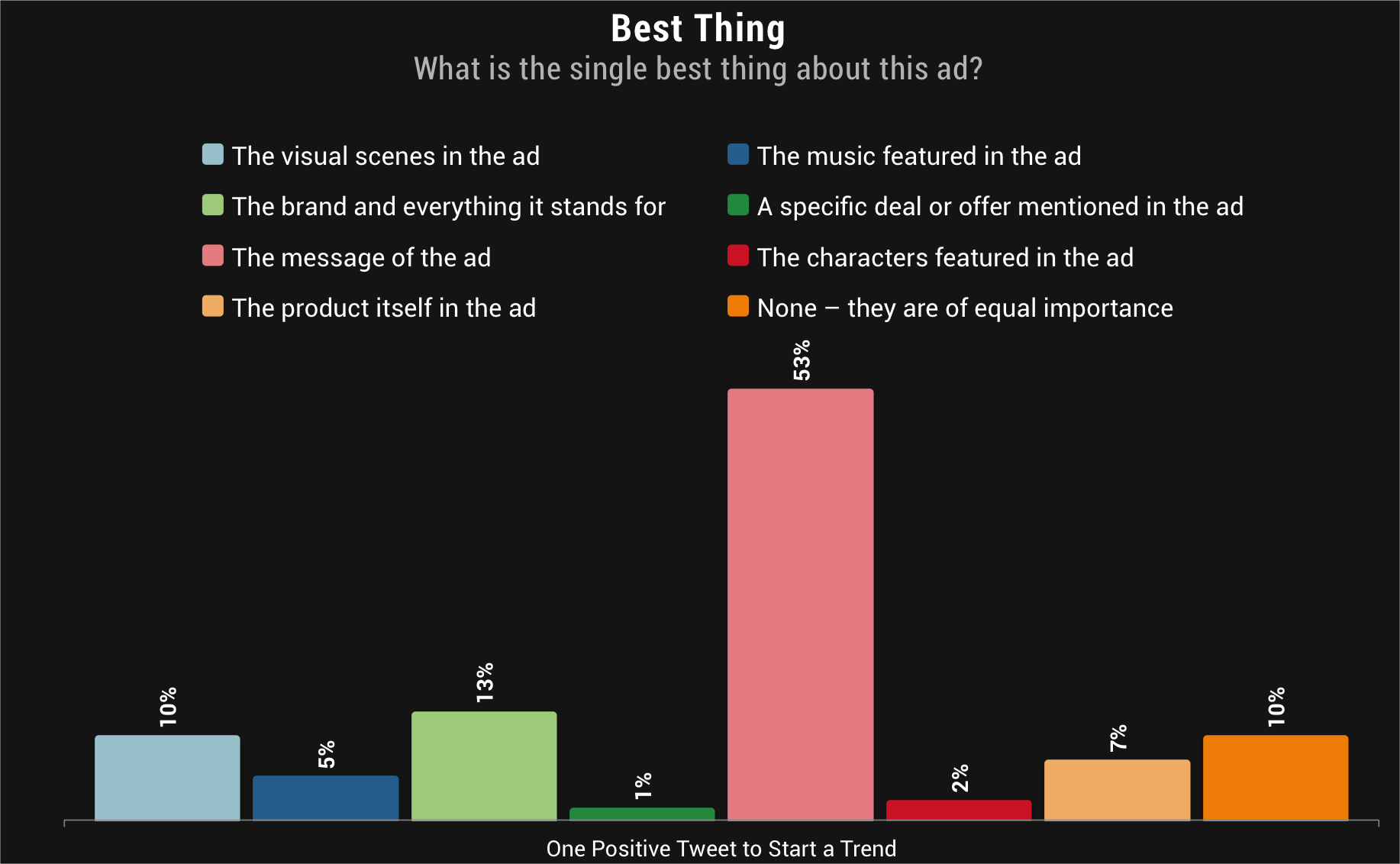 This is also reaffirmed among the 360 optional comments consumers left for the ad. Nineteen percent mentioned the “message” of the ad. Other consumers commented on how “positive” (11%), “beautiful” (6%) and “good” (12%) the ad is. 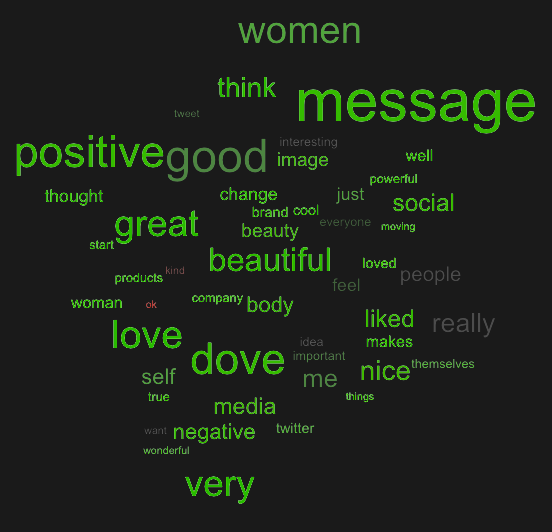 Reading through the 202 comments from women, the true beauty behind the ad’s message is revealed as female respondents relay bits about their own struggles with body image and how uplifting this ad was for them.

Adobe celebrated its 25-year anniversary of Photoshop during the Oscars with the debut of “Inspire Creativity.” The action-packed ad features powerful visuals of Photoshop in action to the tune of Aerosmith’s “Dream On.”

Photoshop’s ad earned an Ace Score of 642 for its ability to grab consumer attention and be likeable, both important components for an ad to break through the clutter of programming. The ad is exceptional for a Software spot, scoring 17% higher than the 12-month norm of other Software ads. The ad also has a strong skew toward a younger demographic. Consumers ages 21-35 awarded the ad a score 9% higher than the ad’s overall Ace Score.

The emotional connection is also affirmed in the graph below. Viewers indicated that they were most impressed with the ad’s strong visuals and familiar, popular music. Thirty-five percent of those surveyed said the visuals were the best thing about the ad while 22% countered that the music was actually the best thing. 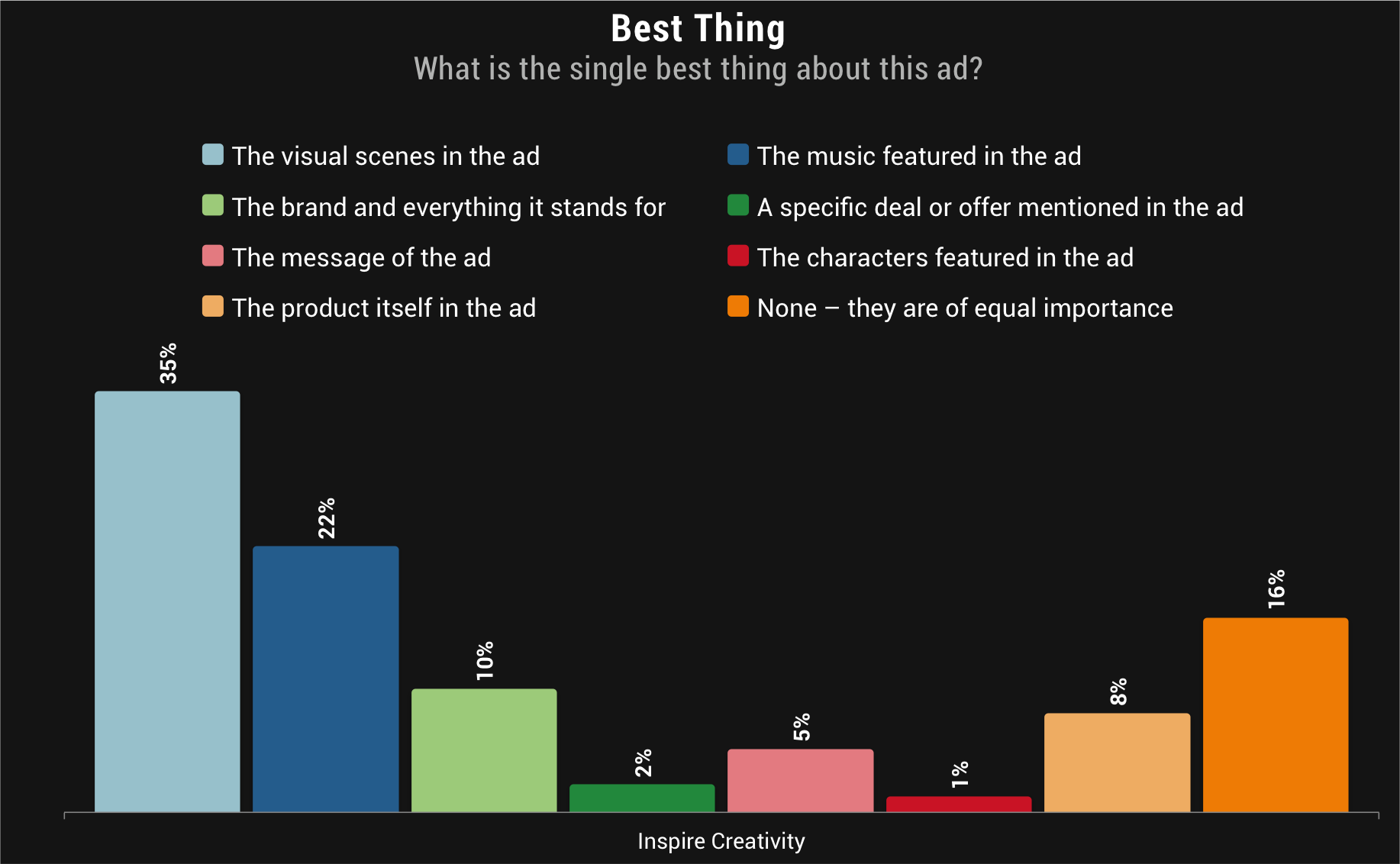 All-in-all this ad celebrating Photoshop did the popular software justice—rousing creativity in consumers and focusing on all the amazing thing of which this program is capable.

Stella Artois’ “Water For All”

Stella Artois aired a different sort of ad for the beer brand during the Oscars. “Water For All” is a philanthropic ad, focusing on helping women in need to have access to clean water.

The ad earned an Ace Score of 587, which is 11% above the 12-month Beer category norm. The ad achieved its high score for its ability to inform consumers as well as its ability to show that the Stella Artois brand is changing, communicating a message to the ad’s viewers.

Even non-beer-drinking consumers awarded the ad an Ace Score 34% higher than what they normally award beer ads. 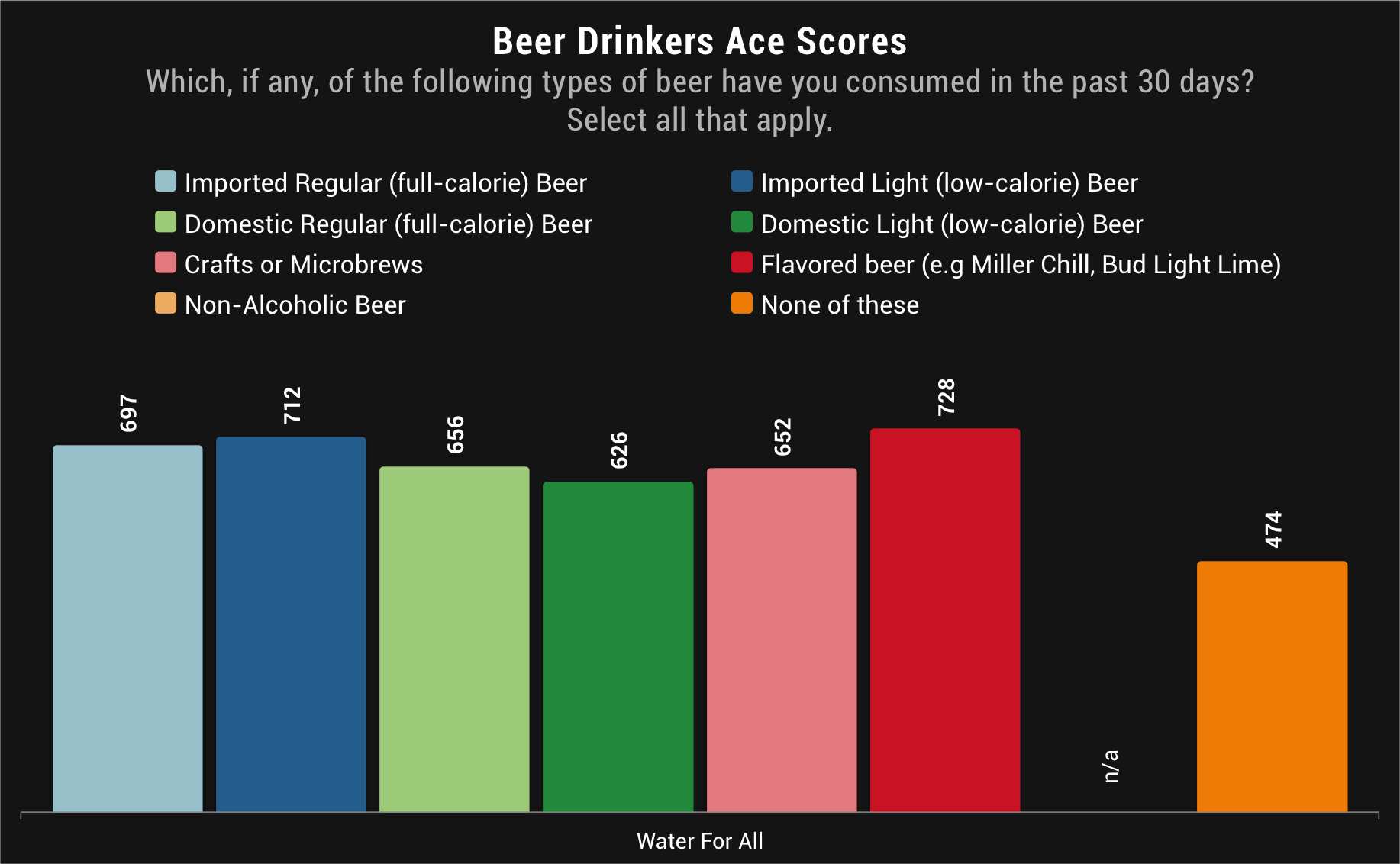 If you own a dog or are simply a dog lover, you will adore Coldwell Banker’s newest ad that made its entrance during the awards ceremony. “Unconditional Love” beautifully captures the feeling of a dog anxiously awaiting its family’s return home.

“Unconditional Love” earned an Ace Score of 584, coming in 12% above the 12-month norm for Real Estate brands. It’s no surprise that the sweet puppies stole the show. Twenty-eight consumers indicated that the dogs were the best thing about the ad while 29% countered that the ad’s visuals (likely the mere sight of the dogs) were actually the best thing.

Either way, these precious pets earned Coldwell Banker high scores in terms of Attention and Likeability, helping the ad grab and hold the attention of viewing consumers. The Attention component scored 12% above norm while Likeability scored 10% above norm.

While the ad performed well overall, scores from women got the ad its exceptional status. Women gave the ad a score of 610, 12% higher than what men awarded the ad. Women just could resist those puppy dog eyes and floppy ears.

The popular real estate website aired a touching ad during the Oscars that affected consumers and made them think about their own families. Zillow’s “Your Life” is the story of a daughter who uses Zillow’s handy house-hunting tools to help her mother find the perfect house on the lake.

“Your Life” earned an Ace Score of 573, which is an impressive 10% higher than the 12-month Real Estate norm. The ad’s message especially resonated with consumers with 21% percent of those surveyed agreeing that the ad’s message was the best thing about the ad. However, even the ad’s visuals, brand and product earned a fair percentage of viewers as well for being rated the best thing about the ad. 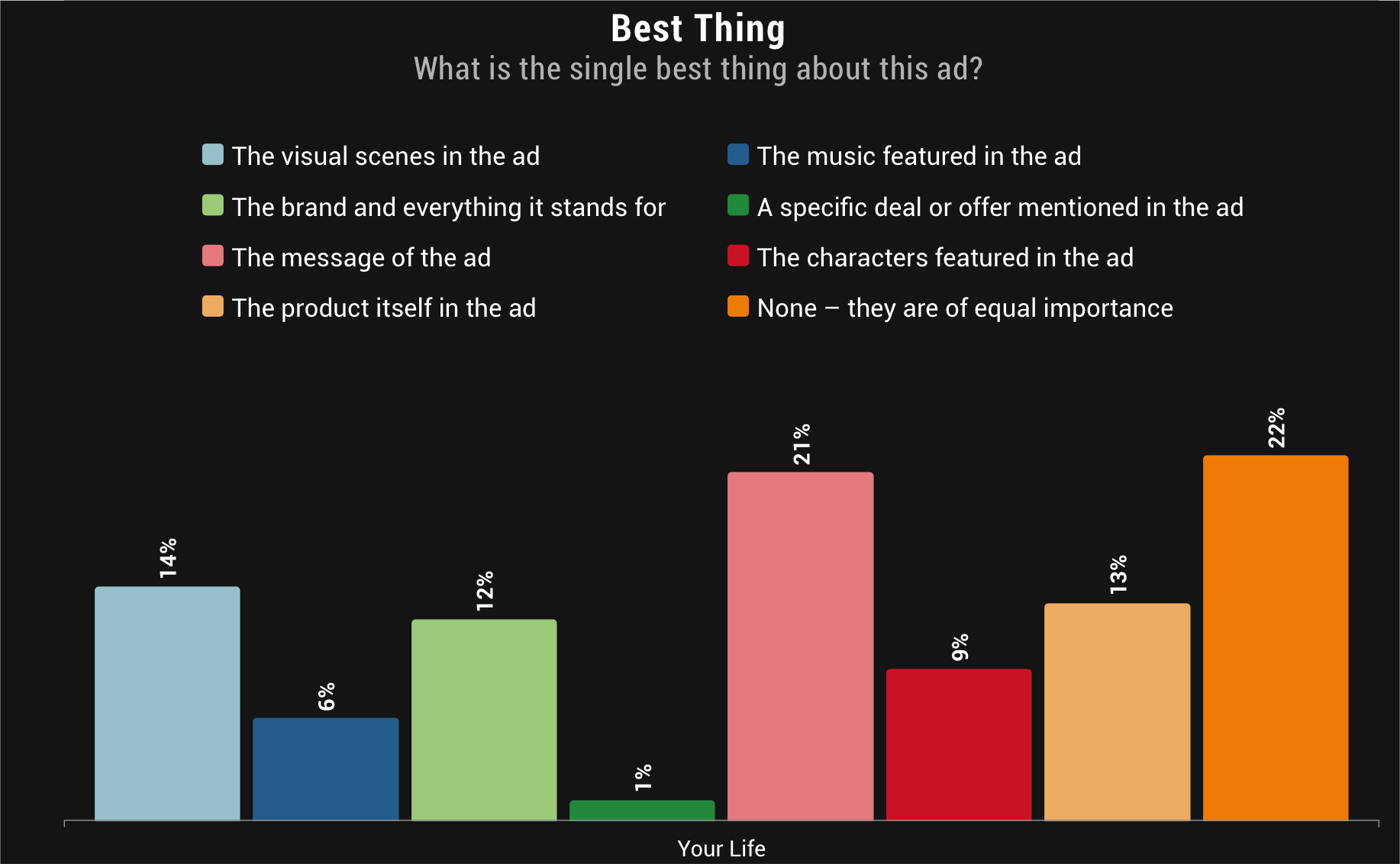 Among the 320 optional comments left for the ad, many consumers agreed that, while the message and story of the ad was heartwarming and a touch sad, it still did a decent job demonstrating the features of Zillow, making it easy to understand how its product could be helpful when finding a home.

While many standout Oscar advertisers went for sentimental spots with a strong message, Petsmart debuted its new, Best in Show-style ad. “Love For Pets” features the witty Jennifer Coolidge trying to help her son with his brand new little puppies.

With a successful combination of funny and effective, “Love For Pets” earned an Ace Score of 581, which is 9% higher than the Other Stores – Retail norm. The ad was able to earn above norm scores in terms of Attention and Likeability while still conveying a sense of change in the Petsmart brand.

While the ad is targeted at dog owners, cat owners actually rated the ad slightly higher. While the difference is rather insignificant, it is still interesting to see how, overall, consumers who own pets really loved the ad. 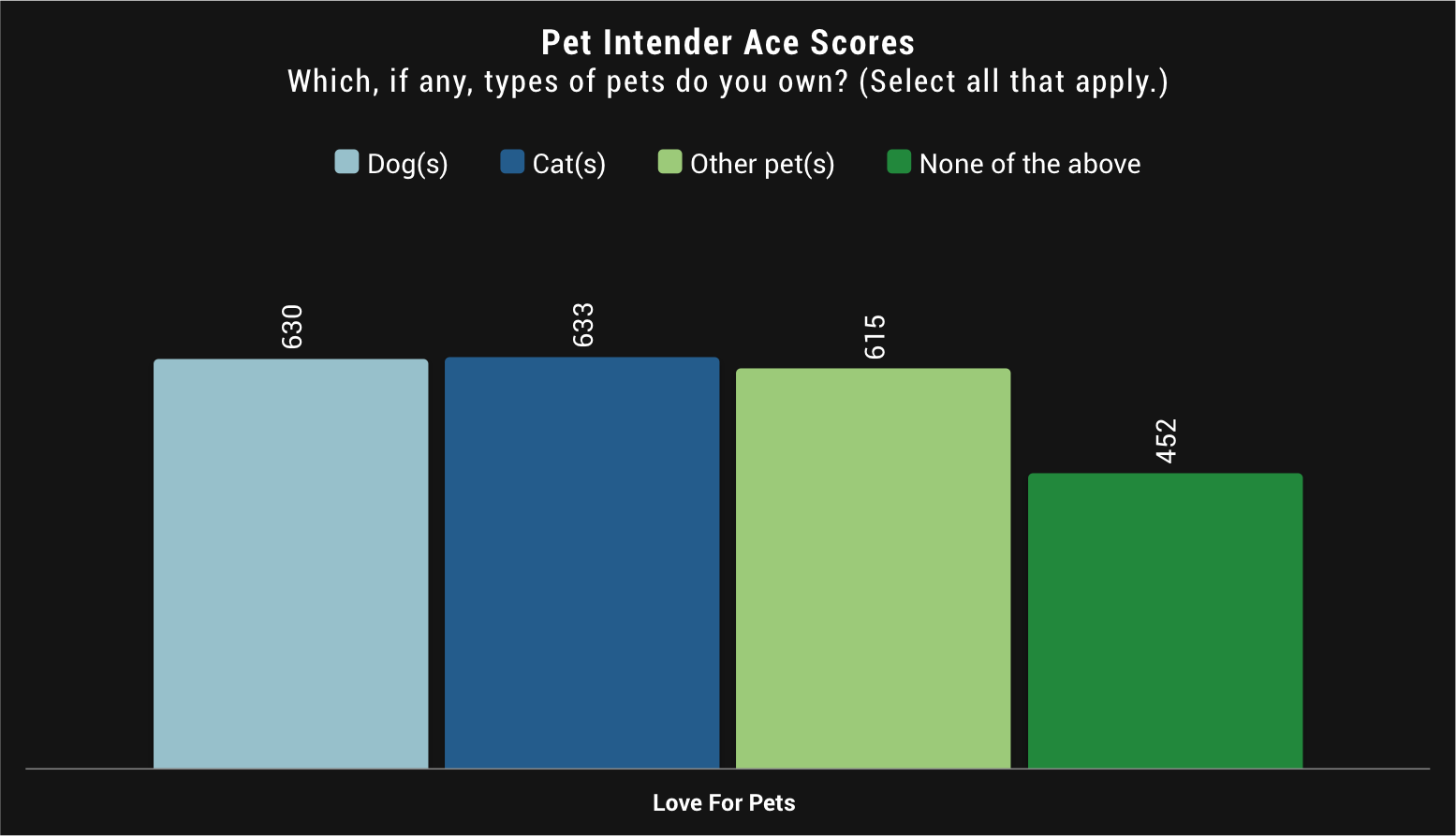 However, regardless of pet ownership, 15% of the 332 consumers who opted to leave a comment for the ad mentioned how “funny” it was while another 14% said it was “cute.” Petsmart has several other, similarly themed ads already on its YouTube channel and running on TV.

Following up on its strong Super Bowl commercial, Coca-Cola launched “Happiness” the night of the Oscars. The ad shows people passing around the same bottle of Coca-Cola as they encounter persons with progressively worse problems than their own.

Consumers awarded the spot an Ace Score of 596, which is 8% higher than the 12-month norm for Soda brands. “Happiness” especially excelled in terms of Attention and Likeability, both necessary components to breakthrough the clutter with consumers.

Of the 333 respondents who opted to leave feedback for the ad, 11% specifically mentioned the ad’s “message” while another 9% said the ad was “funny.” Many of the comments applauded Coca-Cola for the “paying-it-forward” message, looking at the brighter side of humanity. 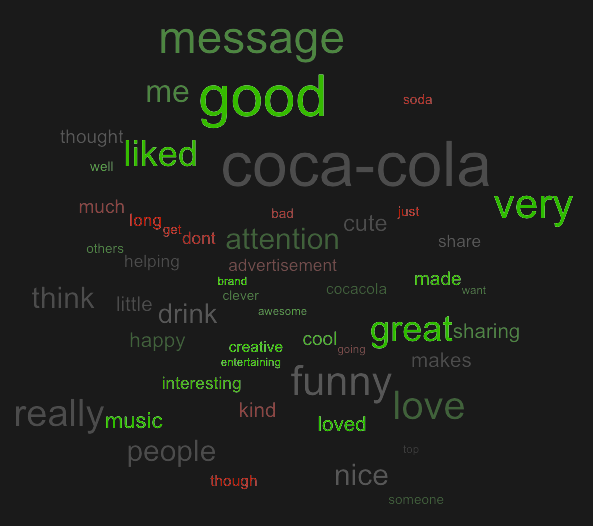 Coca-Cola ended up releasing the end of the commercial on Twitter after they asked fans to weigh in on how they thought the ad should end. Watch the ending.

Comcast’s touching ad “Talking Guide” that debuted during the Oscars won over the hearts of many of the 500+ consumers who watched and scored the ad for our system. While the giant telecom brand is not usually known for its effective TV creative, this ad certainly shines.

“Talking Guides” earned an Ace Score of 583, which is 7% higher than the 12-month Television Services norm. Its exceptional scores in terms of Attention and Likeability helped bring the ad its high score. In addition to being attention-grabbing, “Talking Guide” also did well at informing consumers about its new product as well as changing the perception of the often-not-so-loved brand.

The ad earned an Emotional Sentiment score of 65 out of 100, which is 33% higher than the brand’s average score. However, while the ad was well-received, consumers were torn as to the best thing about the ad. 25% agreed that it was the ad’s message while 21% indicated that the amazing visuals were the best thing. Another 14% said it was the ad’s characters—the adorable little girl and her fantastical Wizard of Oz friends. 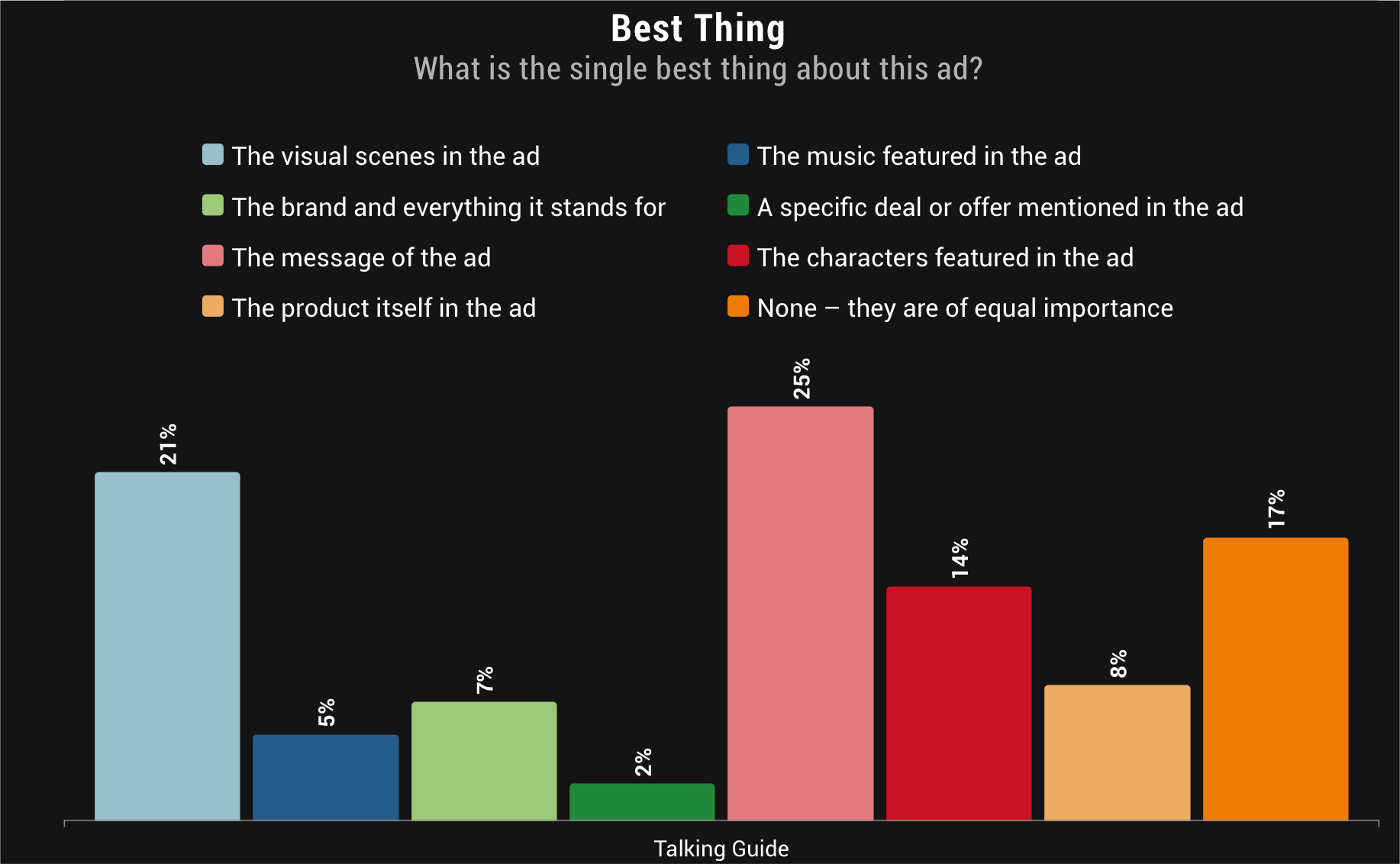 An impressive 77% of survey respondents opted to leave a comment on the ad. Many of those comments agreed that the ad was attention-grabbing, interesting, touching and all-around great.