Ford Births a New Mustang While Hoover Cuts the Cord

It’s not too often that we see automotive ads make our Ads of the Week list, but this week, we are revving our engines to have Ford’s Mustang join the ranks of other stand-out Ads of the Week. Introducing the newest Mustang model, Ford’s new spot earns the title of Category Overachiever. Meanwhile, Hoover introduces its latest headache cure—a cordless vacuum—in a new ad that earns the highest Ace Score of any ad to debut last week.

The Ford Mustang is one of the most iconic American muscle cars; or, as Graham Kozak of AutoWeek suggested, a “pony car, maybe…” Along with the release of the 2015 Mustang, Ford debuted a new ad. The ad, “More Exciting,” was well-received by consumers, who awarded it an Ace Score of 614, 11% higher than the 12-month Non-Luxury Auto norm. The clever spot is set to the sappy Dan Hill 1977 ballad “Sometimes When We Touch.”

“More Exciting” was not only likeable and attention-grabing, it also helped to drive consumer Desire. The ad earned high marks for breakthrough components of Attention and Likeability, 10% and 9% above norm, respectively. Additionally, the ad’s Desire score came in 15% above the 90-day norm for Non-Luxury Automotive ads. 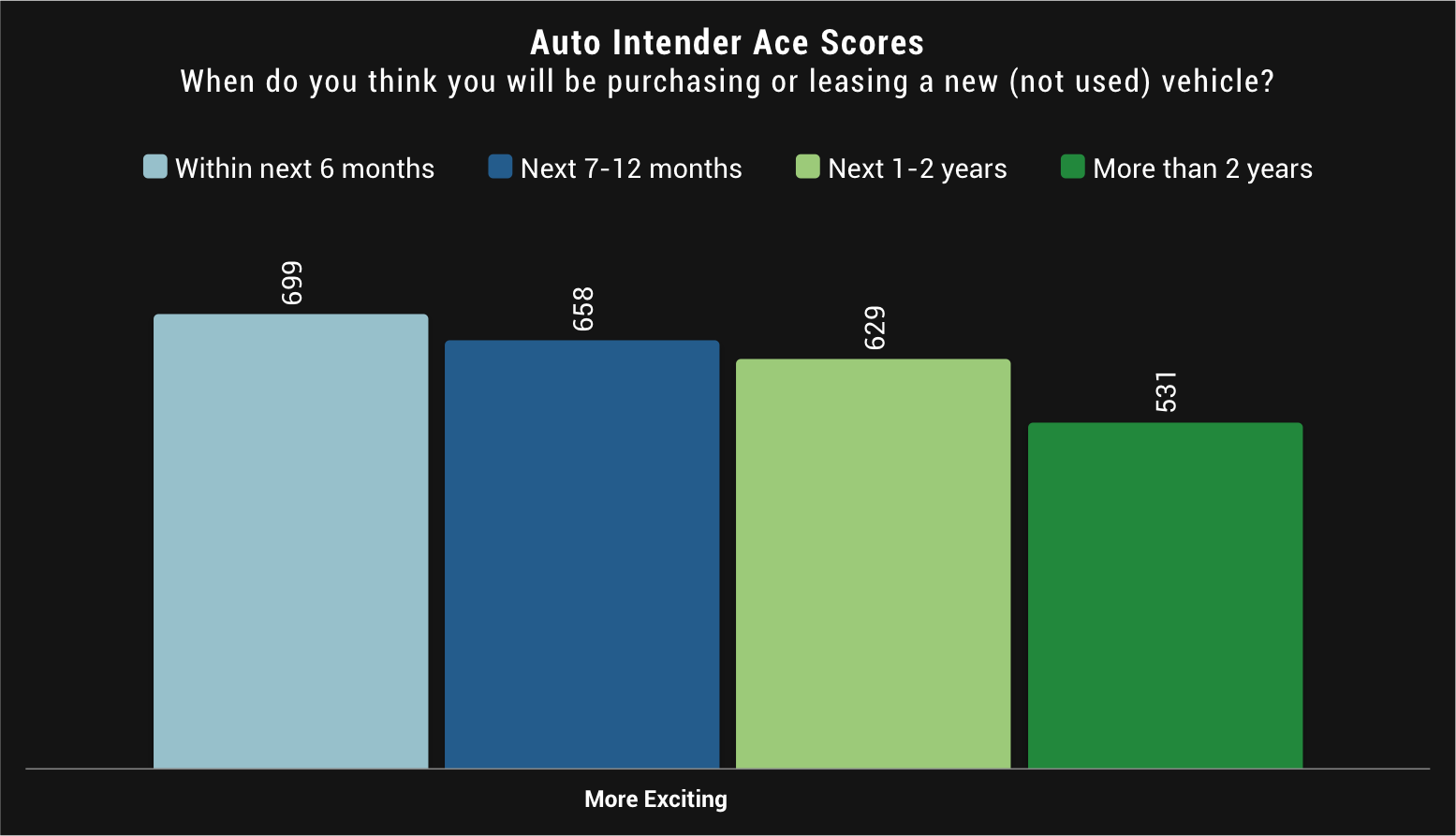 Impressively, 76% of the 500+ surveyed consumers opted to leave feedback for Ford about its latest ad. Interestingly 9% of those 380 consumers mentioned the “music” in the ad while 11% of all those surveyed said the music was actually the best thing about the ad. 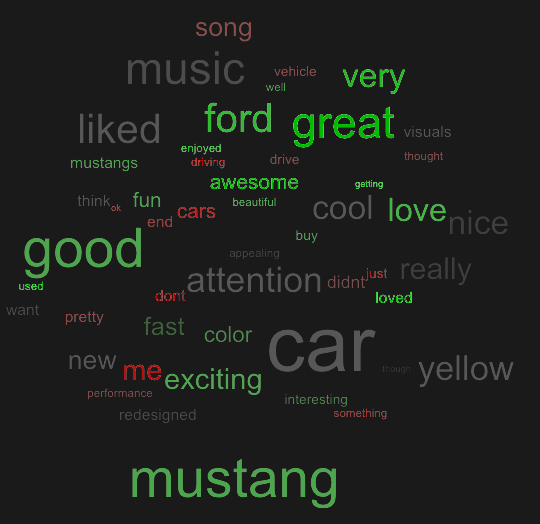 Taking a closer read through the verbatims, it is interesting to read the various reasons behind consumer’s high scores—some liked the yellow muscle car, some liked the driving stunts and others appreciated the subtlty of Ford’s juxtaposition.

Most consumers can likely agree that the vacuum cord is the most annoying element of the chore itself. Hoover is promoting a way around those messy cords with its new Hoover Air Cordless vacuum featured in its ad “Get No Cord and No Compromise.” Consumers awarded the 30-second ad with the highest Ace Score of any ad to debut last week, giving it a score of 674. 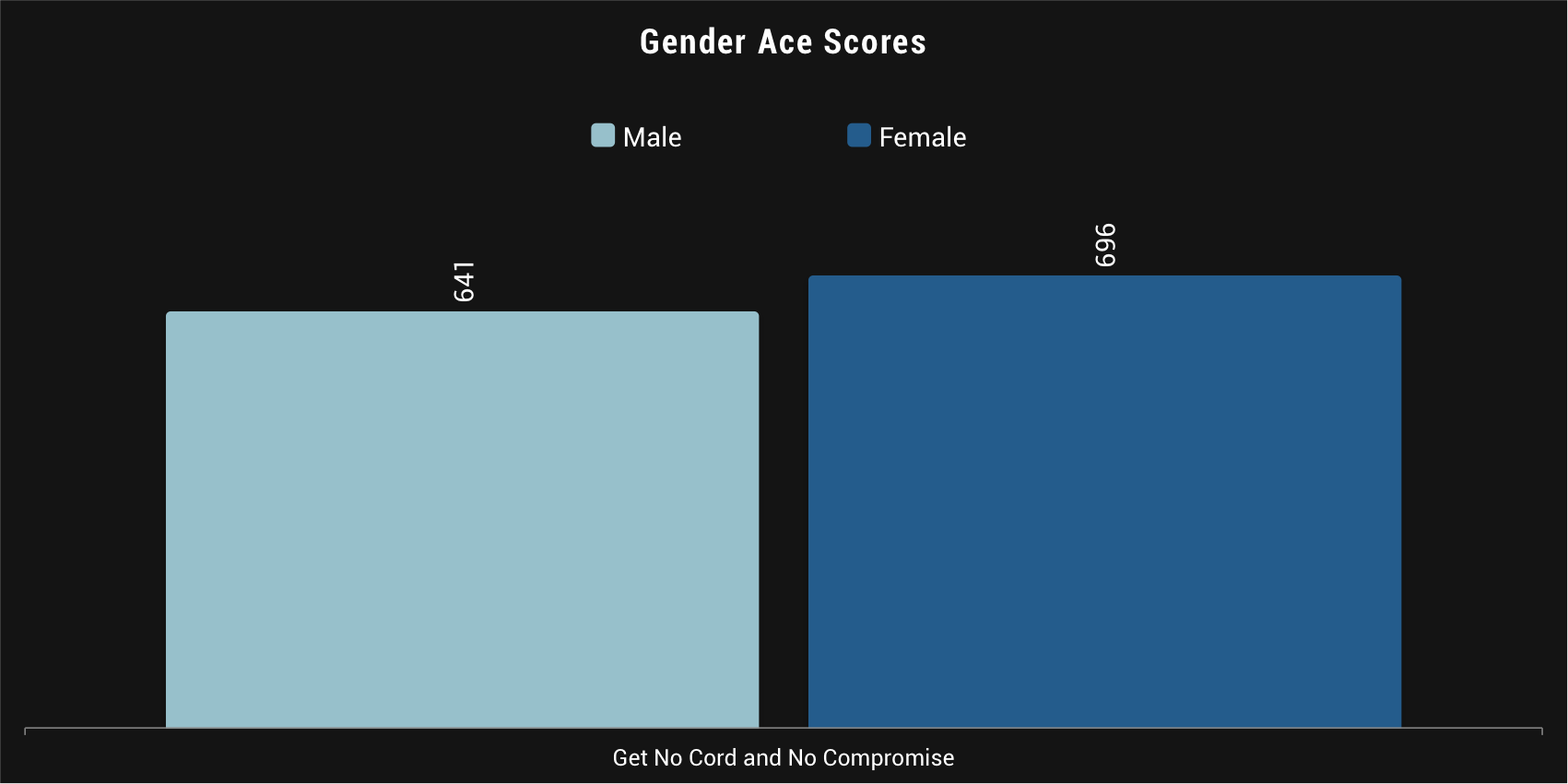 While women gave the ad higher marks, a majority of consumers  (57%) agreed that the best thing about the ad was the product—the cordless vacuum. 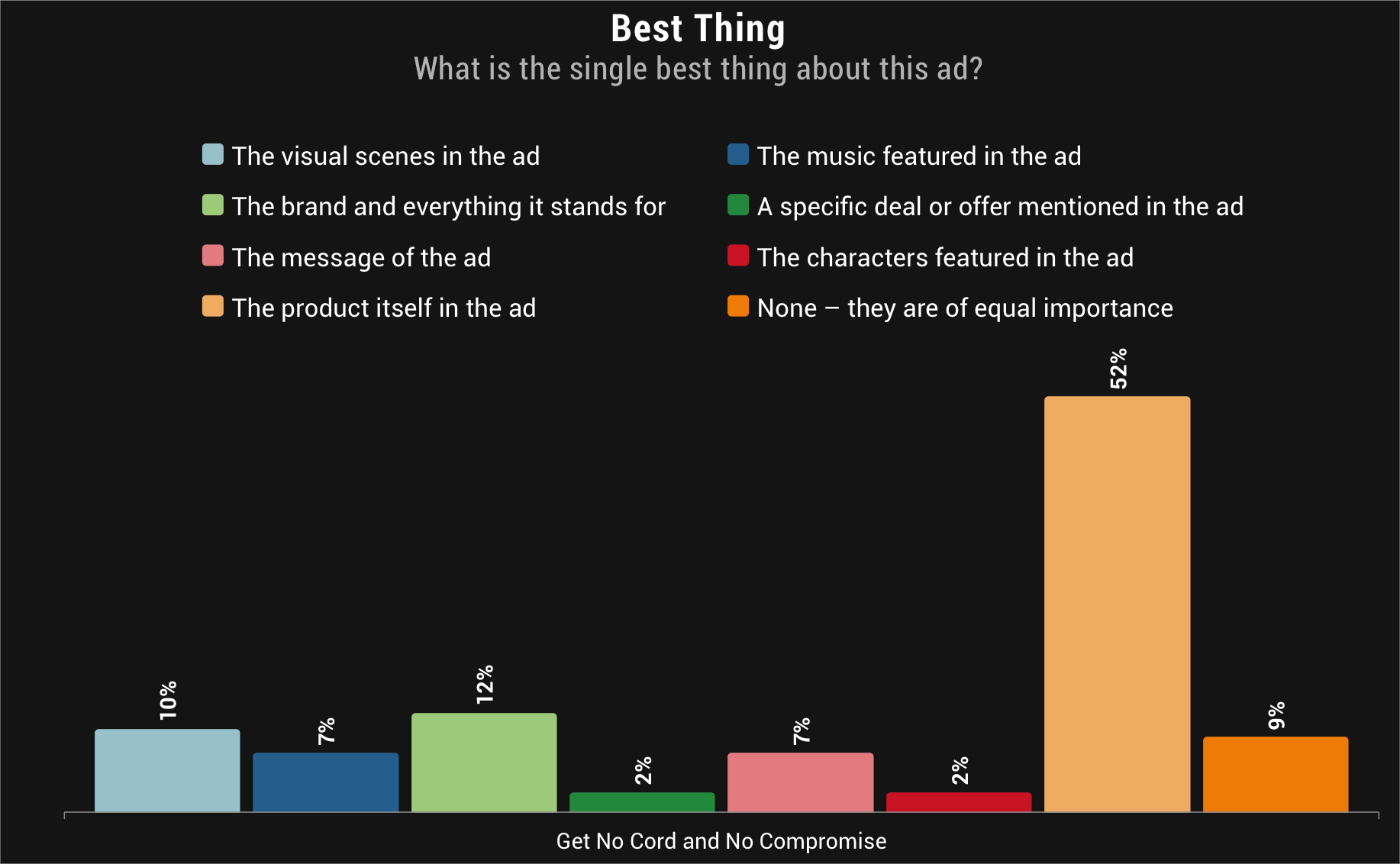 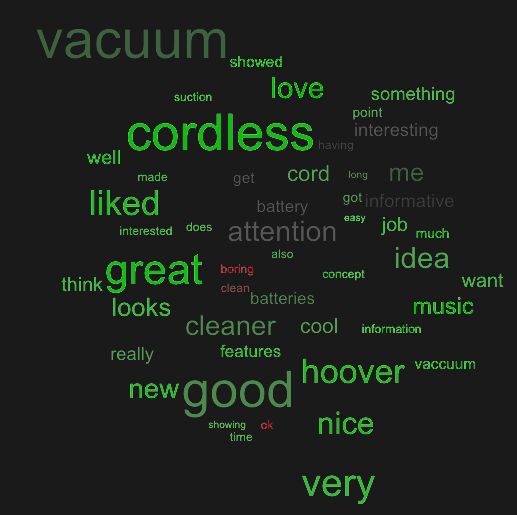 As we know from the past, Appliance ads are often high scorers with consumers; however, this ad especially found a place with consumers, addressing an annoying chore for many.