Today’s the day we’ve all been waiting for — the first NFL kickoff of the season! The Houston Texans and Kansas City Chiefs will take to the field without the energy from cheerleaders, mascots or live fans. Other leagues have paved the way for the NFL in the “new normal,” but uncertainty still looms over everything including the 2020 season. If the league fumbles its COVID-19 precautions it might mean the end of the season. But we’ll take all the games we can get.

To get into the kickoff spirit, we’re recognizing recent football-themed ads that broke through with the highest Attention and Likeability scores among NFL fans. That audience is based on respondents that self-reported that they’re “a little bit,” “somewhat” or “very interested” in the NFL.

It’s no surprise the league itself secured four of the top ten Breakthrough spots among its own fans. When it comes to capturing this audience’s Attention in a Likeable manner there are few things that work better than the sport itself. That said, the highest scoring NFL ad had very little to do with football. Instead it was a topical, poignant continuation of its “Inspire Change” campaign that shares the story of Stephon Clark’s tragic death at the hands of police officers:

The cultural fabric has changed since Colin Kaepernick first knelt in protest of police brutality in 2016, making this type of social commentary less controversial. In fact, the Polarity Score for “Inspire Change Stephon Clark” was well below norm with 62% of fans scoring it in the top echelon on quantitative measures: 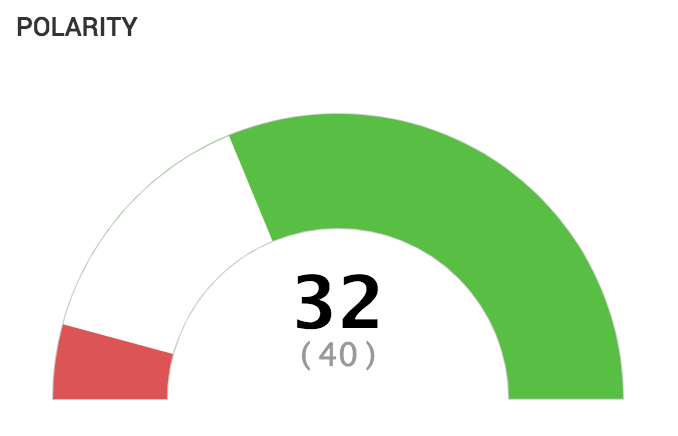 This unified stance among fans is also evident in the ad’s Cultural Perception and emotional scores — both of which measured significantly greater positive impact than negative. “Inspire Change Stephon Clark” earned an Empower score on par with just 1.31% of all ads (vs. one of the lowest possible Exploit scores where 10% of all ads land). On top of that, more positive emotions — like Heartfelt and Inspiring — came through with stronger scores than negatives ones (eg. Inappropriate). A sample of viewer verbatim comments reflect these perceptions:

“I think this ad was very effective in showing the racial injustice in our country and inspires me to be a part of the change to make it better.” Female 16-20

“it was very touching and motivational. Think with everything that is going on with the world today, the ad is very fitting.” Male 21-35

“The ad was so moving & motivating enough to inspire change.” Female 36-49

Scenes flash from highlight reel to highlight reel in the other three NFL ads. Fans have no hesitations about the sport’s return: all three ads generated Excited feelings. The strongest performer, “Kickoff Tune-In: Back to Football,” evoked the widest array of emotions including Nostalgia — which was sparked by viewers commenting about how they missed the game.

Featuring various professional athletes, including Atlanta Falcons running back Todd Gurley, Gatorade poked fun at how desperate we all are to play (or watch) sports again in “Time to Play.” It aired closer to the restart of the MLB, NBA and NHL seasons, but it still resonated with NFL fans who scored it 14% above norm.

What do you get with an Oikos Triple Zero ad featuring New York Giants running back Saquon Barkley and a jar of pickles? A good laugh. NFL fans enjoyed the heightened suspense as Saquon struggled to open the jar. The narration seamlessly blended together humor and product information. Fans were drawn to both aspects, with Healthy, Prodtastic, Funny and Quirky emotional signals coming through for this ad. Interestingly, response towards the humor and healthy attributes was much stronger among female NFL fans: 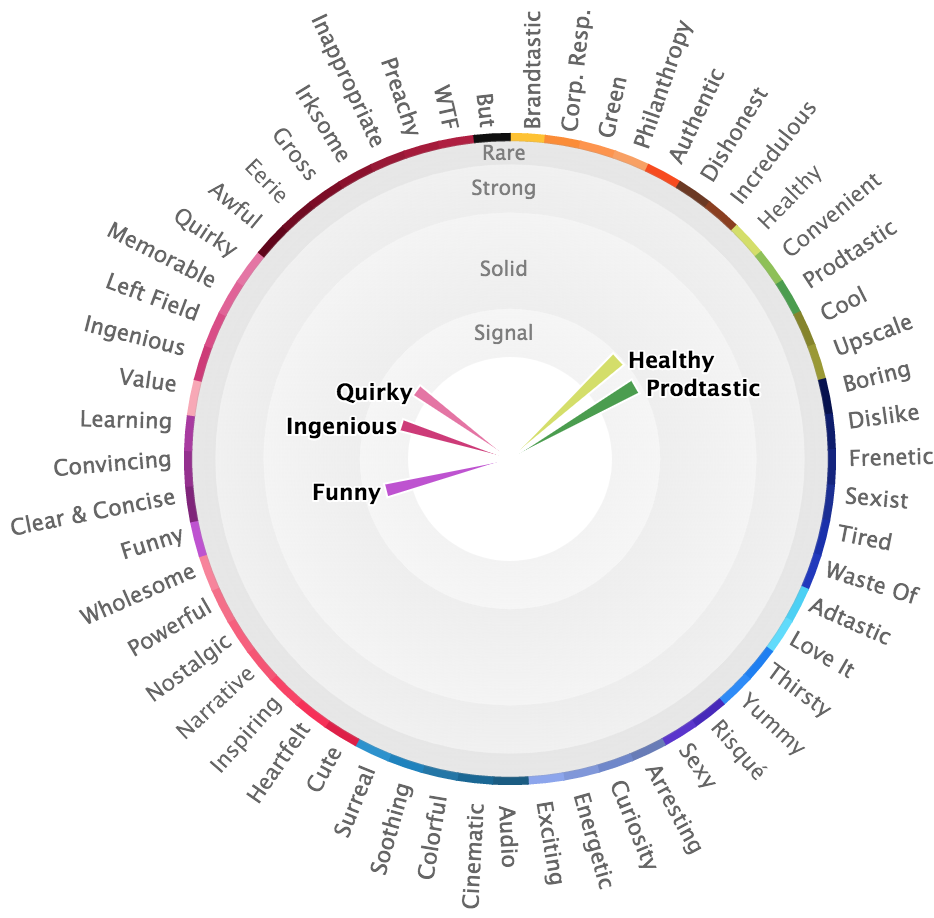 Pepsi is the only brand in the top breakthrough list that didn’t harness the star power of an NFL player. Instead, the brand spoke directly to fans. Each ad started out with inspirational messaging as if it’s about a professional football player, but in a comedic twist celebrated superfans “Made for Football Watching.” As shown in the second-by-second trace chart below, both “One Day” and “The Player” maintained strong engagement throughout with a small uptick when the characters were revealed half-way through. Ultimately, the brand/products stood out most to NFL fans with 65% and 64% reporting positive purchase intent for their football watching rituals:

“Saving” is one of the latest ads in Nationwide’s Peytonville saga, which launched in Fall 2019 as a humorous storyline that plays off of Peyton Manning’s retirement. On top of Breakthrough capabilities, “Savings” is the top performing Peytonville ad among NFL fans thanks to strong Information, Change and Relevance scores. Because of the deal-oriented messaging, the characters (Peyton Manning and Brad Paisley) were less admired than in past spots when it came to selecting the Single Best Thing about the ad:

Now fans have more than just NFL tie-in ads to satiate their football needs, but the brands mentioned above proved they know how to break through with this audience. It often takes a professional football player, relevant humor and/or enticing product displays.