Alcohol ads (beer, wine, spirits, etc.) aren’t for everyone—especially consumers who don’t drink alcohol. So, when a spirits brand debuts a break-out ad, we take notice. What’s even more noticeable is when that ad features an A-list celebrity. Jim Beam’s newest ad, featuring Mila Kunis, stays true to the popular bourbon brand while succeeding with a celebrity. Also standing-out this last week, Swiffer came with the highest Ace Score for a spot that was not only cheeky and humorous but also informational.

We recently released our second edition of the celebrity paper. While, for the most part, celebrities make no difference (or, more likely, a negative difference) on the effectiveness of a commercial, celebrities can, when incorporated correctly, have a positive impact. Mila Kunis as Jim Beam’s newest spokesperson is a prime example of effective celebrity incorporation.

While Jim Beam has several Kunis-focused ads in the barrel, this particular commercial, “Aged To Perfection”, came in with an Ace Score of 583, which is 24.4% higher than the twelve-month Liquor category norm.

While a quick glance at the graph below would indicate that this ad skews more male, the male and female average scores are actually nearly identical. However, it is undeniable that males 21 to 49 years old rated the ad the highest, but even females in the same age group rated the ad a respectably high score. 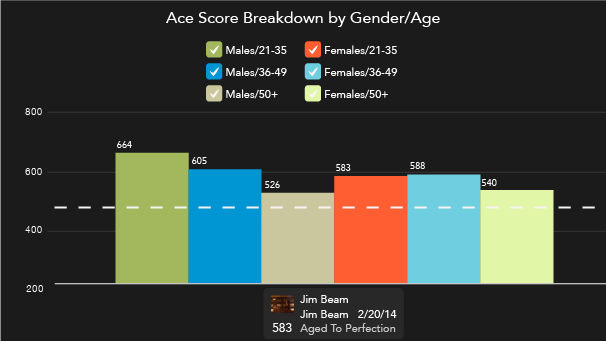 While Kunis’ good looks may have attracted consumers’ attention, it was the information that held it. The Information score for “Aged To Perfection” was nearly 24% higher than the category 90-day norm. In other words, consumers weren’t just entranced by seeing Kunis in the ad, but they were also listening to what she was saying about Jim Beam’s barrel-aged liquor.

“Mila” gets nearly as many mentions (9%) as “Jim” does (10%) among the 303 optional verbatim responses. As you could likely guess, the red “don’t” in the middle of the word cloud below is mainly from consumers who don’t drink alcohol; so, naturally, some of these consumers rated this ad lower. 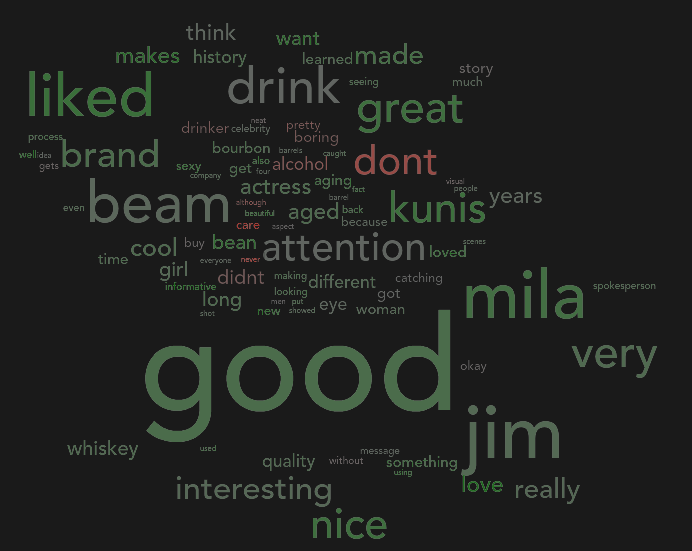 Despite over 30% of consumer respondents not having had a strong drink in the last month, Jim Beam still made a whiskey wave with this ad’s ability to relate across a variety of demographics. While this ad has had a limited run on national TV, when it did air, it was usually during NBA games. Considering how well this ad appeals with women, Jim Beam surely has an opportunity to run the spot on more female-targeted programming.

Want to look back at 2013? Watch the winning Ad of the Week Category Overachievers from 2013.

After a couple weeks of talking about Procter & Gamble’s heart-warming Olympic spots, we were surprised when a non-Olympic Swiffer ad won this week’s Top Ace Score title. “Chris Is Messy” came in with an Ace Score of 673, sweeping away 99 other ads to debut last week.

The combination of humor and information in this 30-second ad is a winning combination. Women especially appreciated Swiffer’s newest design and the ad’s humor, scoring it 16% higher than men. 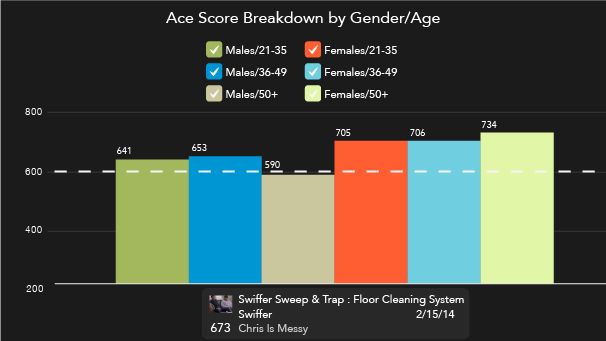 “Chris Is Messy” drew strong Information and Desire scores from consumer ratings. The ad delivered both helpful information about the functionality of Swiffer’s new product, inciting a Desire score over 10% above the category 90-day norm.

The realness of the ad’s characters made the ad incredibly relatable—6% of consumers even said they could “relate” to the storyline. Many verbatim responses cited either having a messy child or being a messy person themselves. 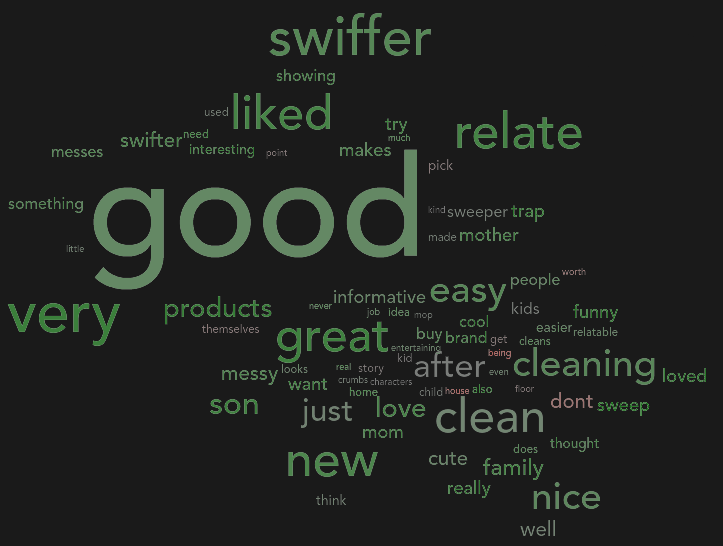 Swiffer has a spotless hold on other commercials with this new ad; and although it did not score very high with men, it has the highest male scores of any Swiffer ad to recently debut. This makes the ad a good choice for a variety of media buys.

Want a look back at 2013? Watch the winning Ads of the Week with the highest Ace Scores from 2013.

Quicken Loans and IHOP Serve Up Something Special This Week