What Does Melty Cheese and a New Running Shoe Have in Common?

Reebok and Kraft come out on top this week as the Ad of the Week winners, earning the titles of Category Overachiever and Highest Ace Score, respectively. Reebok launched its new ZPump shoe with a heart-stopping run through the city. Its 0:60 digital version of the ad on YouTube has already garnered over one million views while its shortened, 0:30 version was released for TV just last week. Meanwhile, Kraft’s winning spot draws in consumers, showing off mouthwatering visuals of freshly melted cheese and chunks of cheddar.

Reebok enlisted the help of Jon Jones, a famous mixed martial artist, to promote its new ZPump shoe in its latest ad “Great Shoe.” After watching and scoring the ad, consumers awarded “Great Shoe” an Ace Score of 593, which is 17% above the 12-month Footwear category norm. The ad combines strong product visuals and attention-grabbing scenes to reel consumers into the 30-second spot.

“Great Shoe” especially excelled in terms of the breakthrough qualities of Attention and Likeability as well as its ability to instill a sense of Desire. The action and scenes in the ad led to an Attention score 12% above norm and a Likeability score 13% above norm. Similarly, the product focus and new ZPump made consumers say, “I want that,” as seen in the Desire score 18% above norm.

When asked, “What was the single best thing about this ad,” 31% of survey respondents said it was the product while 17% countered that it was the visual scenes. 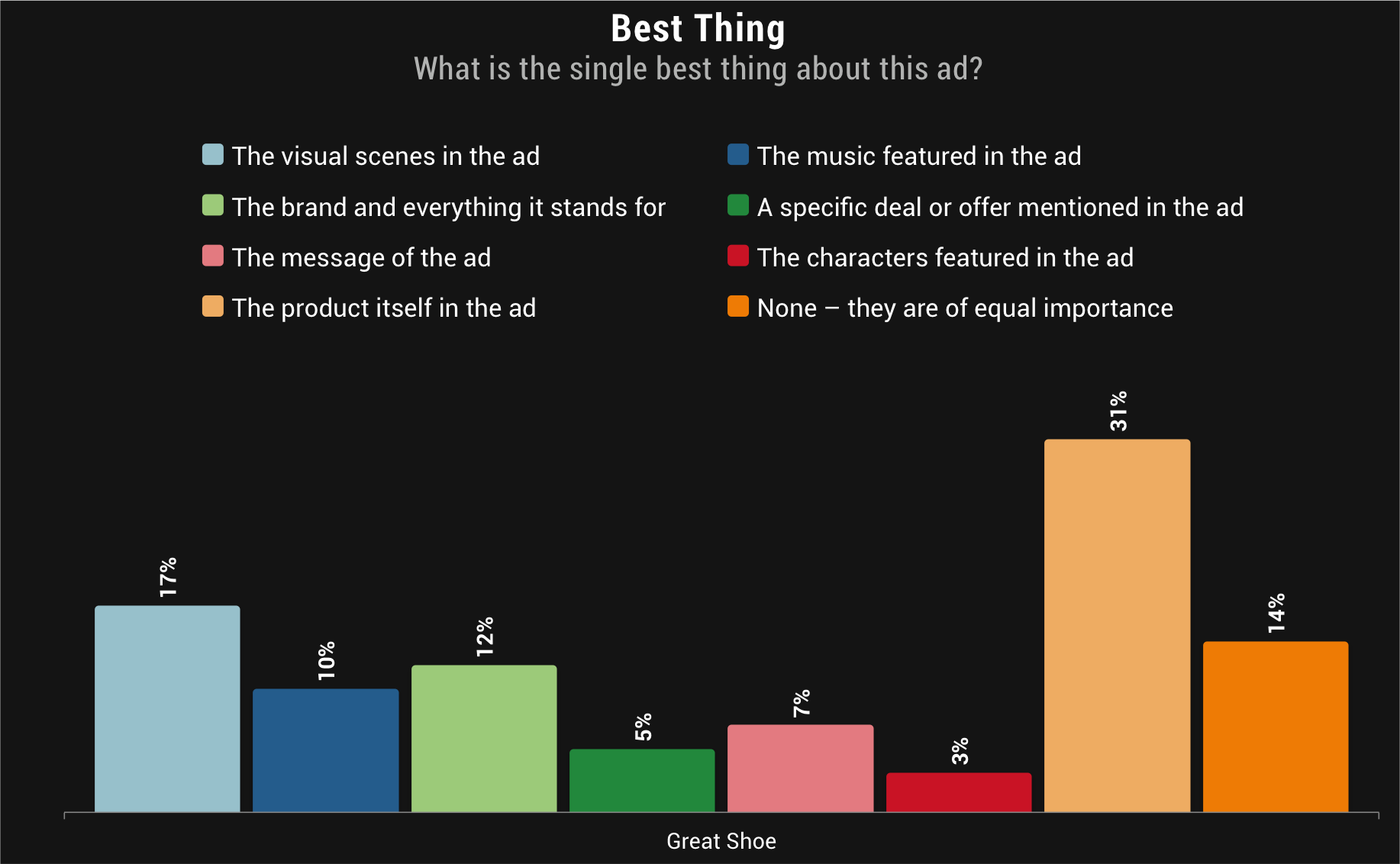 The impact of the product is also seen in the word cloud, below. Twenty percent of the 305 consumers who opted to leave feedback called out the “shoe[s]” while another 10% mentioned the “pump” feature. The “whys” behind the high Desire score are also apparent when looking at the comments from consumers. Ten percent said the shoe looks “cool” and 5% said they are “nice” while 2% remarked that the new Reeboks look “awesome.” 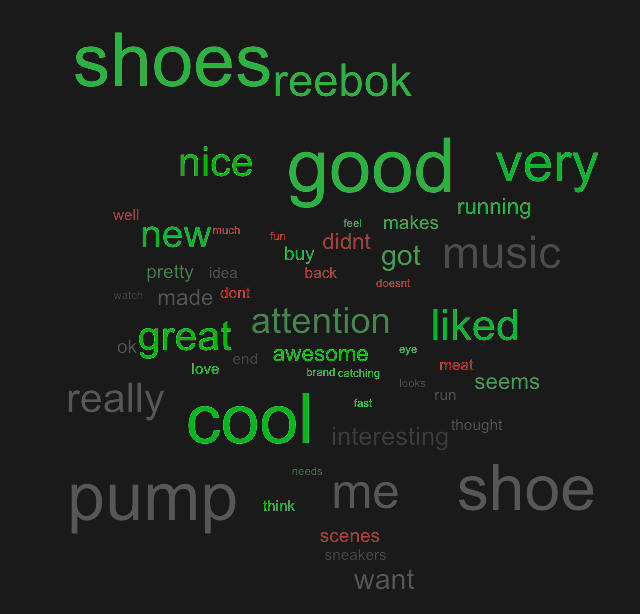 It’s interesting to note that “Great Shoe,” which was targeting male consumers, performed 7% better, overall, with men than with women. However, women gave the ad an Ace Score of 571, still 13% above the 12-month Footwear norm.

As we’ve learned from past Ad of the Week winners, Americans love cheese. The closer up and more cheesy the visuals, the better. “Start With Fresh Milk” is the highest scoring ad of this last week, earning an Ace Score of 635. The ad is an expert at triggering a Pavlovian response from consumers, scoring especially high in terms of Desire.

Creamy, tasty, all-American cheese is Kraft’s biggest selling point, and this new ad perfectly embodies all there is to love about cheese. “Start With Fresh Milk” achieves above norm scores in terms of Attention and Likeability, which are important for an ad to gain watchability; but, as the components chart below tells us, where this ad excels is in connecting with consumers and instilling a sense of passion surrounding the product. This is accomplished through the high scores in Desire and Relevance. Desire earned a score of 706, 18% above norm, while Relevance scored 14% above norm. 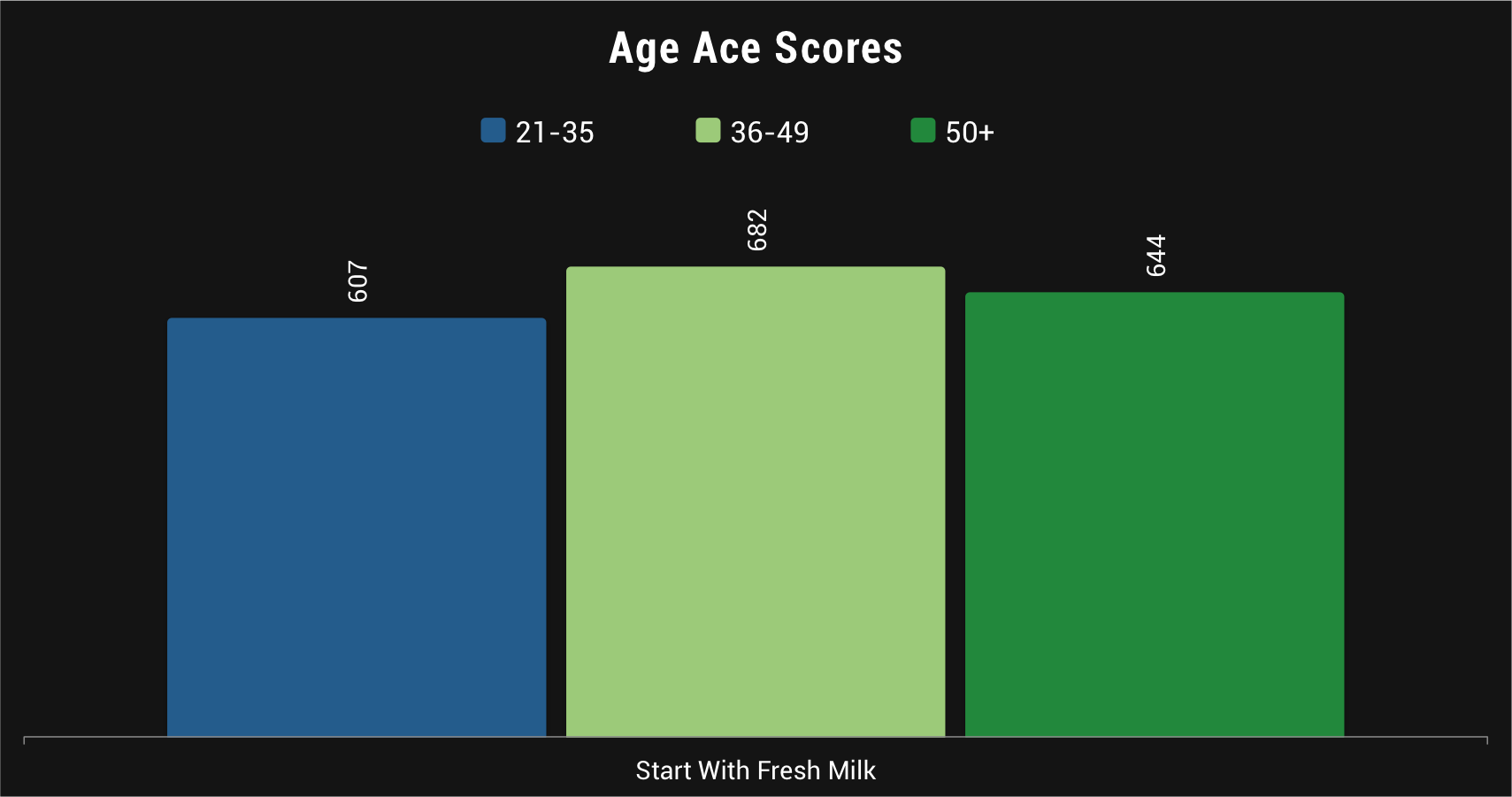 Looking at the ad’s word cloud we can see why some age groups rated the ad higher than others. Consumers ages 36-49 were especially likely to give the ad a high score while also mentioning “Kraft,” meaning there could be some relationship with this age group between the familiarity with the product and desire. On an overall basis, 13% of consumers mentioned “Kraft” while 38% simply talked about “cheese.” 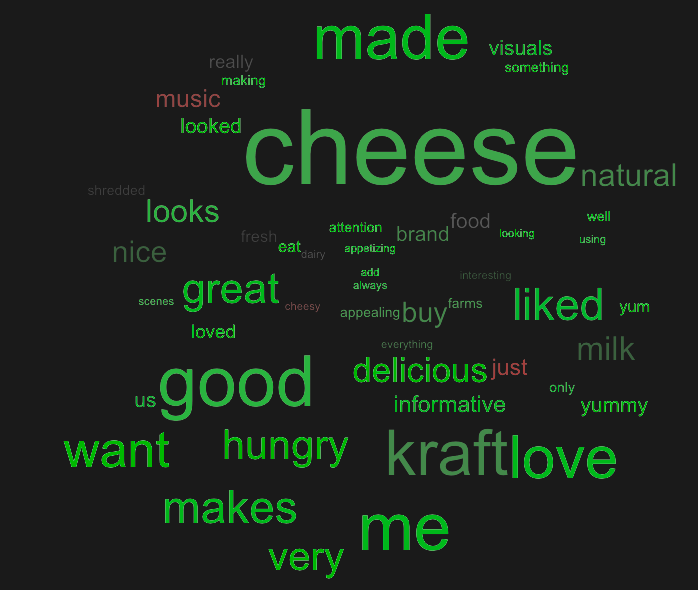 Perhaps not surprisingly, 11% of consumers went as far as to express their “love” of cheese or Kraft, supporting our passive observance that consumers really do love cheese and, therefore, ads for cheese as well.