Reebok’s “Office Linebacker” was introduced during Super Bowl XXXVII (2003) and is widely considered to be one of the greatest Super Bowl commercials of all time. “Office Linebacker” centers around main character Terry Tate who (literally) tackles bad workplace etiquette, such as finishing a pot of coffee without starting a new one or playing Solitaire on your computer. The success of “Office Linebacker” resulted in a series of long-form videos that pre-dated the advent of YouTube, marking it one of the first viral video campaigns. (Back then, video files were downloaded from Reebok.com.)

Given the direction of recent Super Bowl commercials, where sweet and sentimental have won the hearts of viewers, how does the action-packed humor of “Office Linebacker” resonate with modern viewers? We had 500+ of today’s consumers watch and score “Office Linebacker” to find out. Nearly as emphatically as one of Terry’s tackles, recent viewers voiced strong favorability toward the ad, which scored strongest on measures of Attention and Likeability (both of which outpaced Apparel category norms by about 20%). Despite its testosterone-fueled approach to fixing workplace bad habits, the ad scored well with both men and women, though did best with young men ages 16-20 and 21-35. 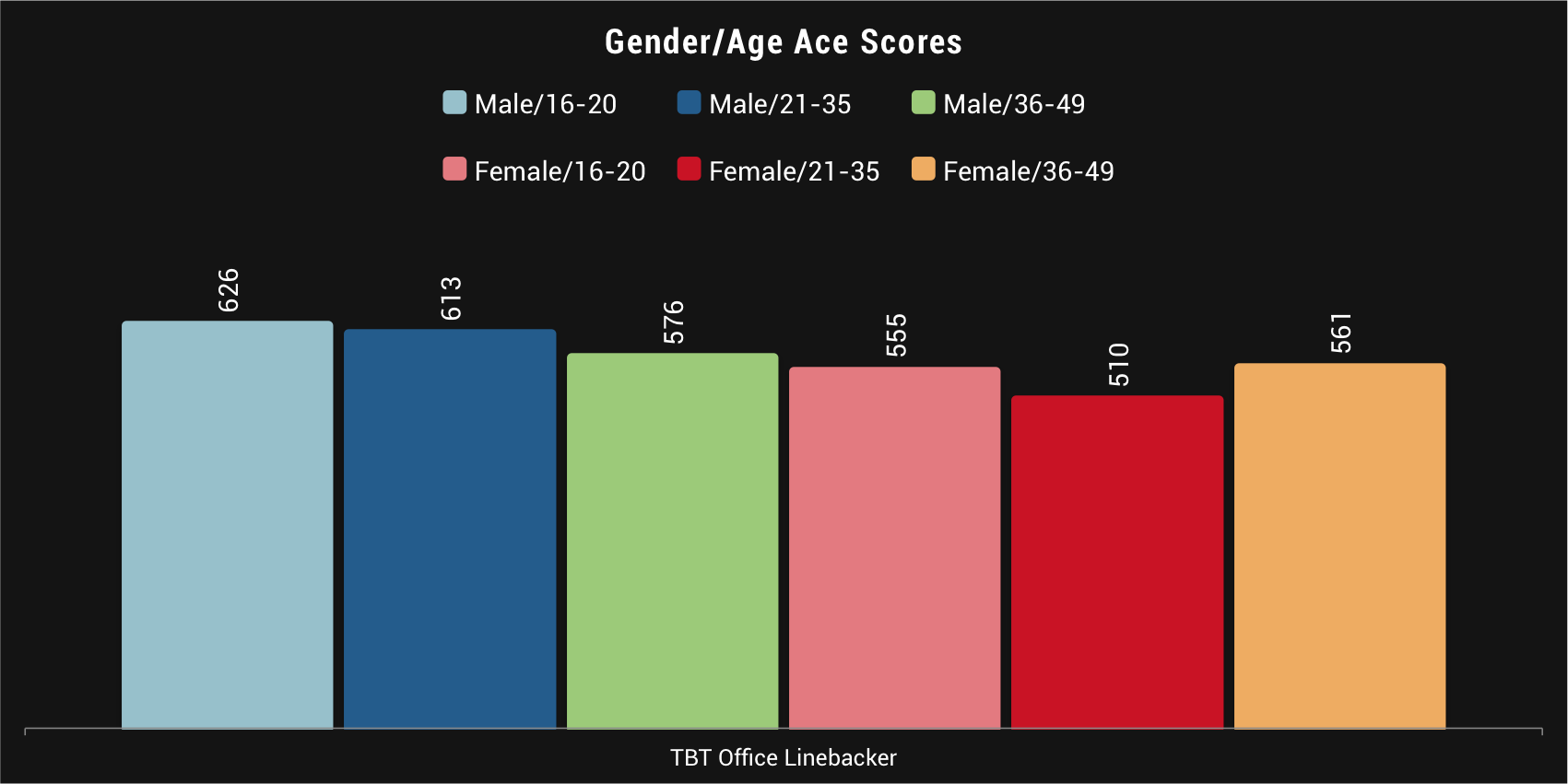 What endeared viewers most to “Office Linebacker” was just how hilarious it was, driven by the great characters and absurd concept: 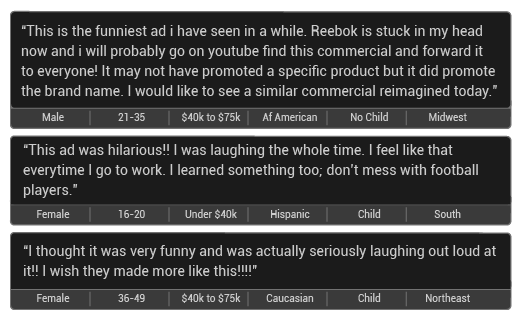 Ad Personality analysis, which magnifies what viewers felt to be the strengths and weaknesses of advertisements, reinforces how strongly attention-grabbing and likeable “Office Linebacker” is, in addition to viewers wanting to watch it again. 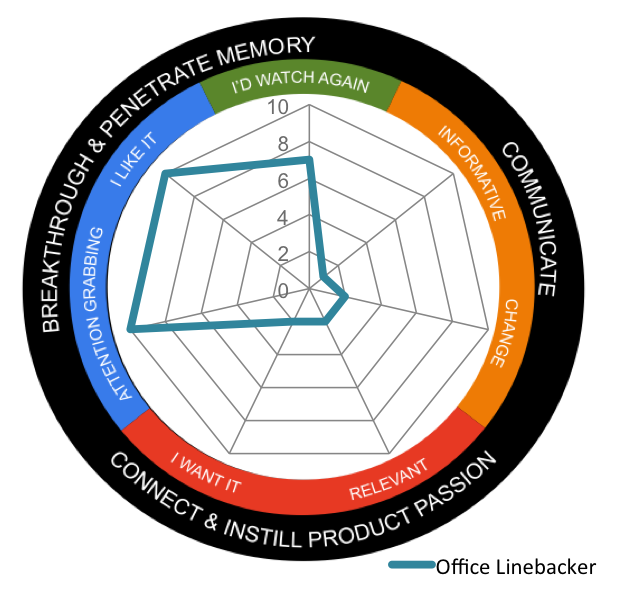 While the Ad Personality of “Office Linebacker” skews strongly on Attention and Likeability, it also shows that viewers found it to do little in terms of communicating new information, alter brand perception or generate product desire. This opinion was noted in various viewer verbatims: 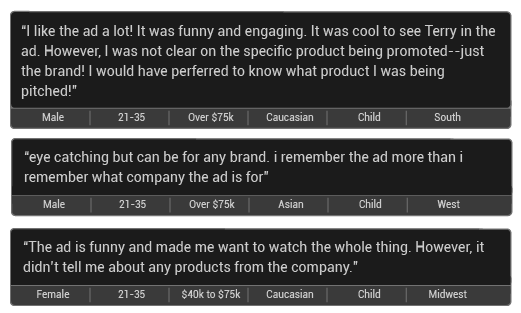 This, of course, is a common debate of viral advertising: How effective can the ad be if it is not informing consumers of product features and promotions? The opposing school of thought would argue that this type of advertising builds brands at a higher level, which will form long-lasting bonds with loyal customers. While this debate won’t be resolved anytime soon, an important outcome to bear in mind is that over seven million individuals voluntarily visited the Reebok website to download “Office Linebacker” videos, less than two months after campaign debut. Remember, this was at a time when social networks Facebook and Twitter did not exist. At minimum, that was an impressive number of people who knew that Reebok was the advertiser and visited its homepage to learn more.

The Data Behind Super Bowl XLIX