With all the pandemonium online, you’ve surely heard about Gillette’s new creative about toxic masculinity, “The Best Men Can Be.” In a 1:50, the brand tackled a number of societal issues, including the #MeToo movement and bullying, and delivered a hopeful message that the power (& responsibility) to change lies within each and every one of us — with a focus on men.

We have done a great deal of research on brands taking stands (with findings that identify keys to success and where things can go wrong) and analyzing such blockbusters as Always’ “Like a Girl,” Pepsi’s Kendall Jenner “Live For Now,” Nike’s Colin Kaepernick “Dream Crazy,” Airbnb’s “#WeAccept,” P&G’s “We See Equal” and “The Talk,” among others. Each of these brands went bolder than nuanced visuals and messaging, obviously accepting the inherent risk.

Gillette’s stance faced swift backlash online, with upset consumers threatening boycotts and severance of their long-term relationships with the razor brand. Naturally, we were curious what gen pop representative viewers really thought about the ad, so we delved into the ad results. Here’s what we found:

Relative to overall advertising norms over the past year, as well as several other “controversial” social statement ads, the long form “The Best Men Can Be” spot easily beat norms across all performance measures we track, delivering something new and very relevant to viewers, in an Attention-grabbing and Likeable manner. 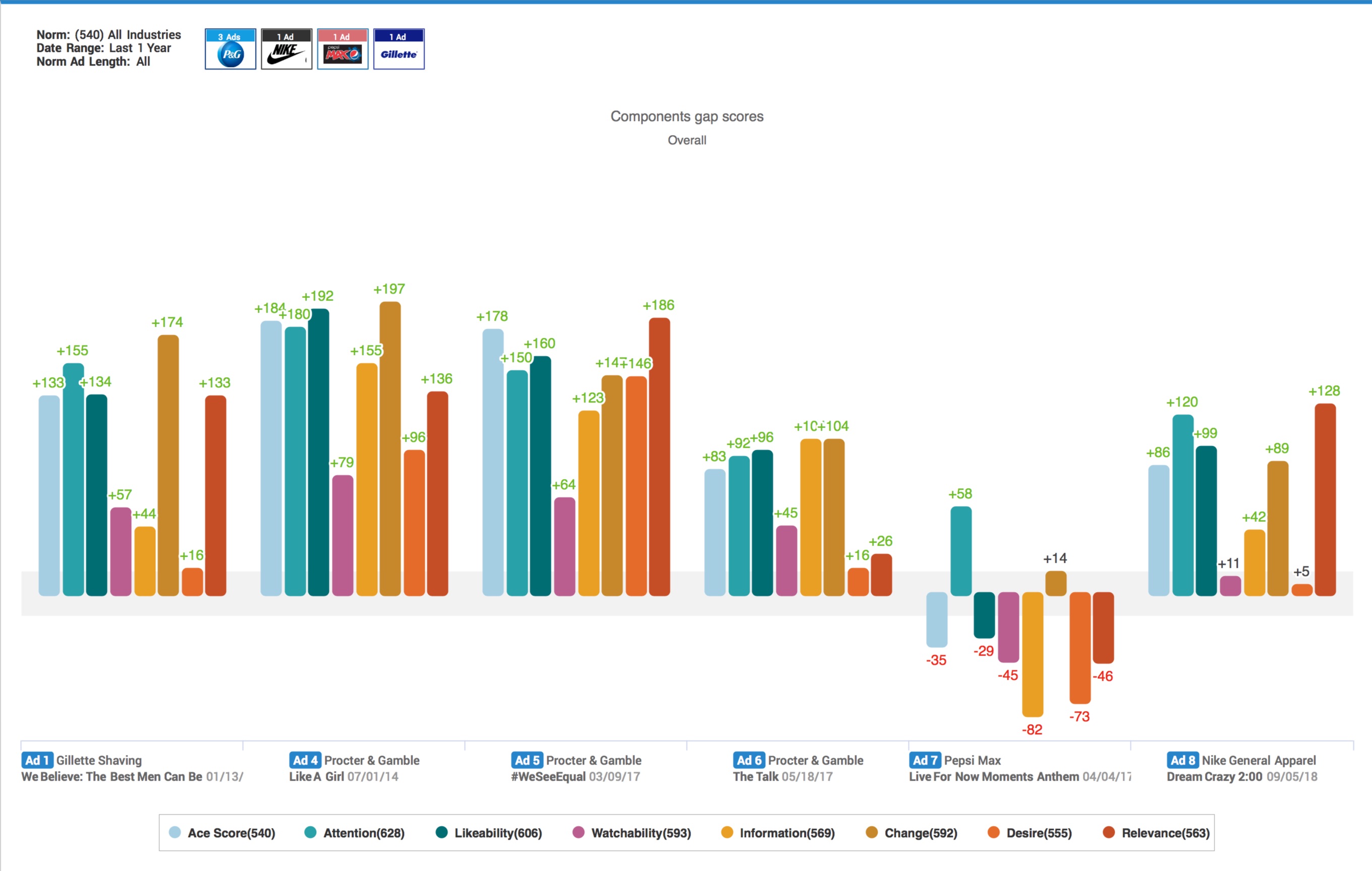 Common to previous social stance ads, naysayers were quite loud on social media. However, across the full audience, the ad was far less polarizing than social media would suggest, falling in one of the lowest (bottom 2%) polarity percentiles, with most responses overall positive (as represented by the relative size of the red vs. green bars in the polarity graph below). For comparison, Nike’s “Dream Crazy 2:00” polarity score fell within the bottom 10% of all ads, making Gillette’s new spot the less polarizing of the two. 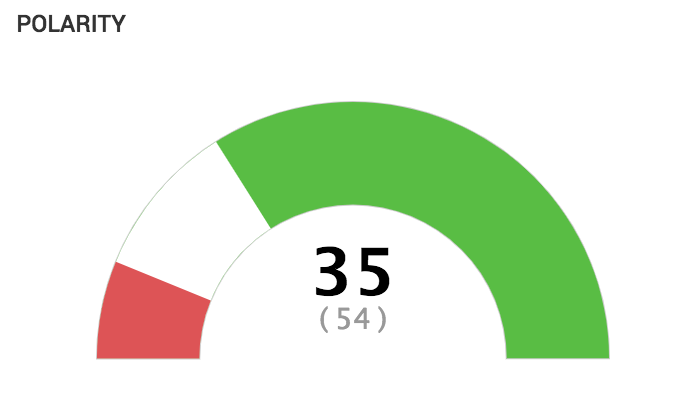 Viewers of all ages, genders, ethnicities, incomes, and locales overwhelmingly loved and supported the message behind “The Best Men Can Be,” with very strong emotions evoked. The “Powerful” and “Corporate Responsibility” responses recorded ranked among the very top percentile of all ads tested across all categories since January 1, 2014, confirming that consumers are strongly in support of the message. 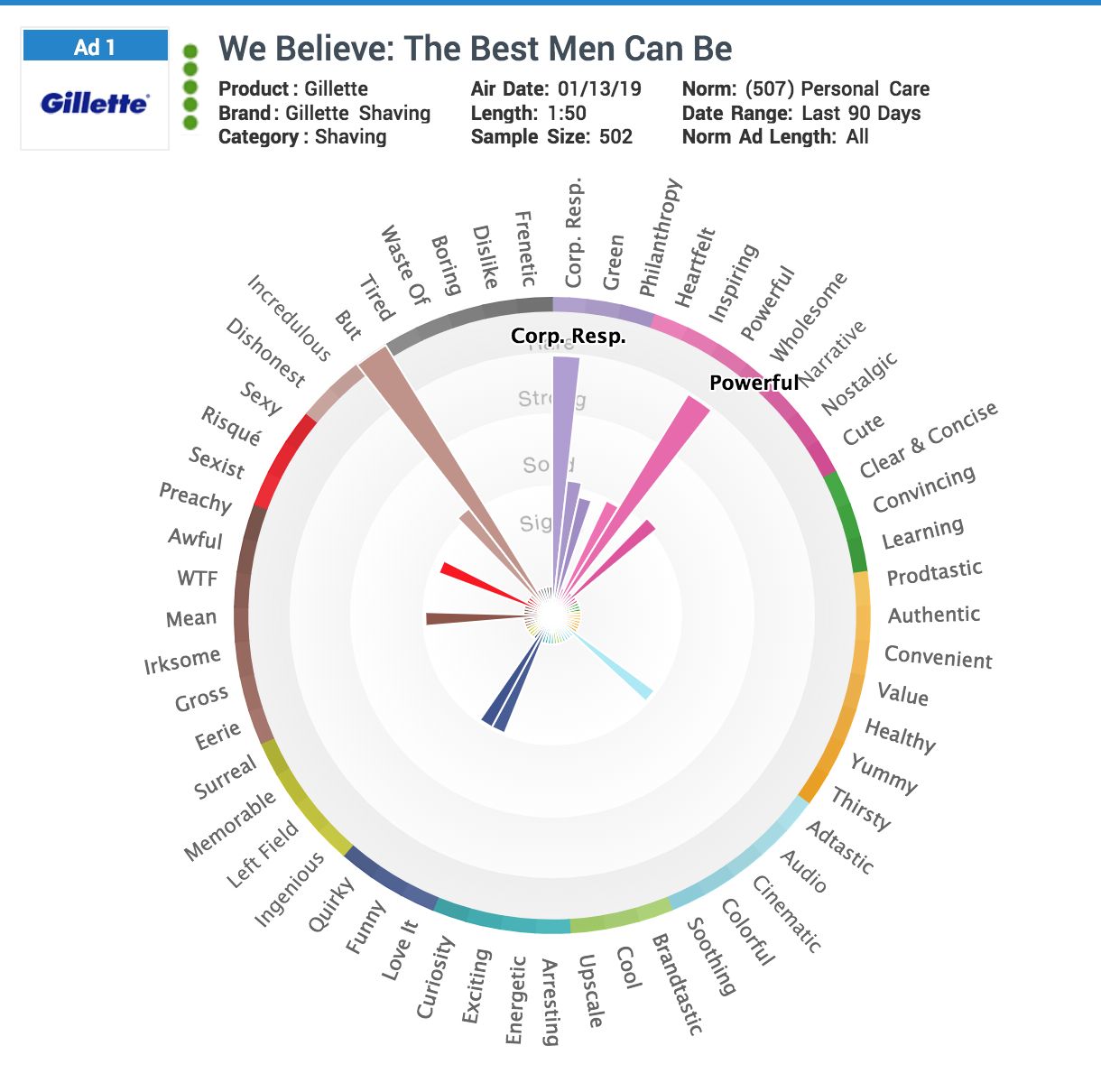 Our But emotion (signaling internal conflict among individual viewers) was the strongest response recorded. Viewer comments suggest that this response was more frequently reflective of the storytelling and emotional rollercoaster the ad took them on rather than strong negative feelings toward Gillette and the messaging:

“the message this ad is conveying is deep and very well thought out. As men we need to push forward in the next step as a people; instead of using the same techniques that men 100 years ago were using. this ad at first made me a little upset at how the view of men and boys were being portrayed, however about halfway through it changed to say we we better than how we used to be so i will in the future be buying from this company!” — Male 16-20

“The message could be across in a lighter way; I see the focus on men behavior but not the solution to the social issue appointed.” — Female 36-49

“I did not enjoy the start of the ad it dragged on for too long but when they got to the message about halfway through it got good from the halfway point to the end, as a whole I quite enjoyed it.” — Male 21-35

“I understand the message, but the presentation was a failure. The first 2/3rd made me so uncomfortable.” — Female 21-35

“Didn’t understand a few of the parts, such as the kids that were running in the beginning. Overall, good message. A little too much on the negative aspects; not enough on the positives about how we can change.” — Male 36-49

“I enjoyed how the ad elicited a bad response from me in the beginning of the ad, then pulled a 180 degree turn and gave a more positive message. It showed how Gillette was not trying to be sexist, by stating “the best a man can get”, but how they were trying to set a tone for generations of people having respect for others.” — Male 36-49

“At first I didn’t like the ad because of the harmful message it was sending to boys, but then it took an unexpected turn and sent a much more positive message and I love it” — Female 21-35

“At first, unimpressed and irritating but the development was fabulous.” — Male 36-49

This creative actually developed the strongest positive purchase intent among several recent “social stand” ads, with 65% of viewers indicating the ad made them more/much more likely to purchase Gillette, and two-thirds rating the message the single best thing about the ad. 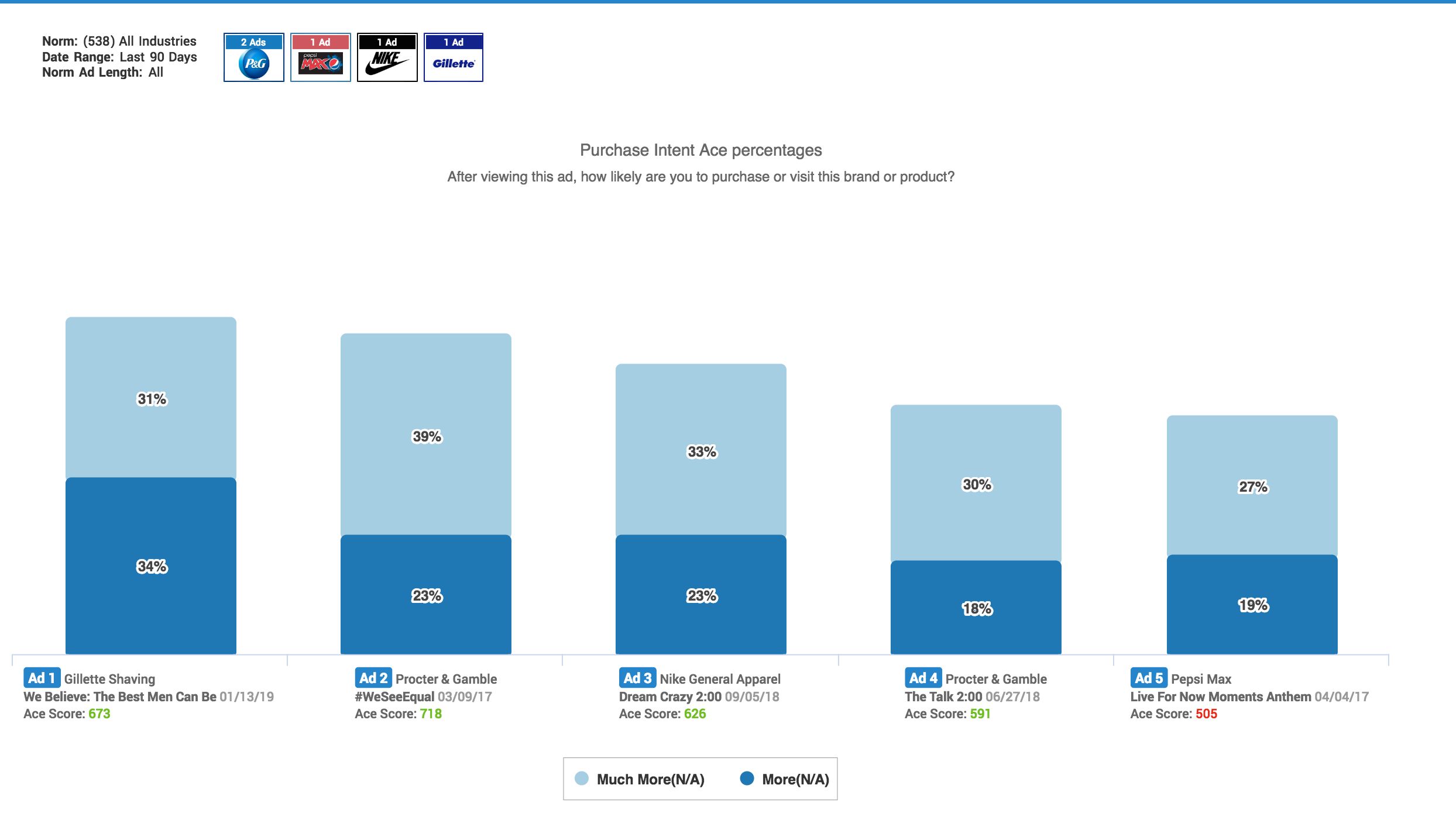 These results suggest that (once again) the naysayers on social media do not necessarily represent the majority opinion, and that consumers overwhelmingly support and applaud the messaging in the new “The Best Men Can Be” work. While viewers of these ads were not privy to the donations Gillette is making behind the associated causes, the risk of taking the stand here clearly was worth taking.

Going for Emotional Impact with Your Super Bowl Ad? Here’s What Worked for Past Advertisers