Have you ever wanted to just strap pillows to your feet instead of putting on shoes for the day? Well, Skechers has created a product that will fulfill every kid’s pillow shoes dream. The new sneakers ad earns the title of Category Overachiever this week for its high scores in the Footwear category. Meanwhile, Coca-Cola and Walmart debuted a co-branded holiday ad that reveals the true meaning of Christmas, earning the brands the highest Ace Score this week.

Skechers’ new ad, “All in One,” earned an Ace Score of 605, which is 20% above the 12-month Footwear category norm. The ad, featuring a talking pillow, highlights Skechers’ kids’ shoes with memory foam footbeds.

While these shoes are for kids, our data indicate that adults may like their own version of the memory foam shoe. Consumers ages 36-49 scored “All in One” the highest, 22% above the Footwear 90-day norm. 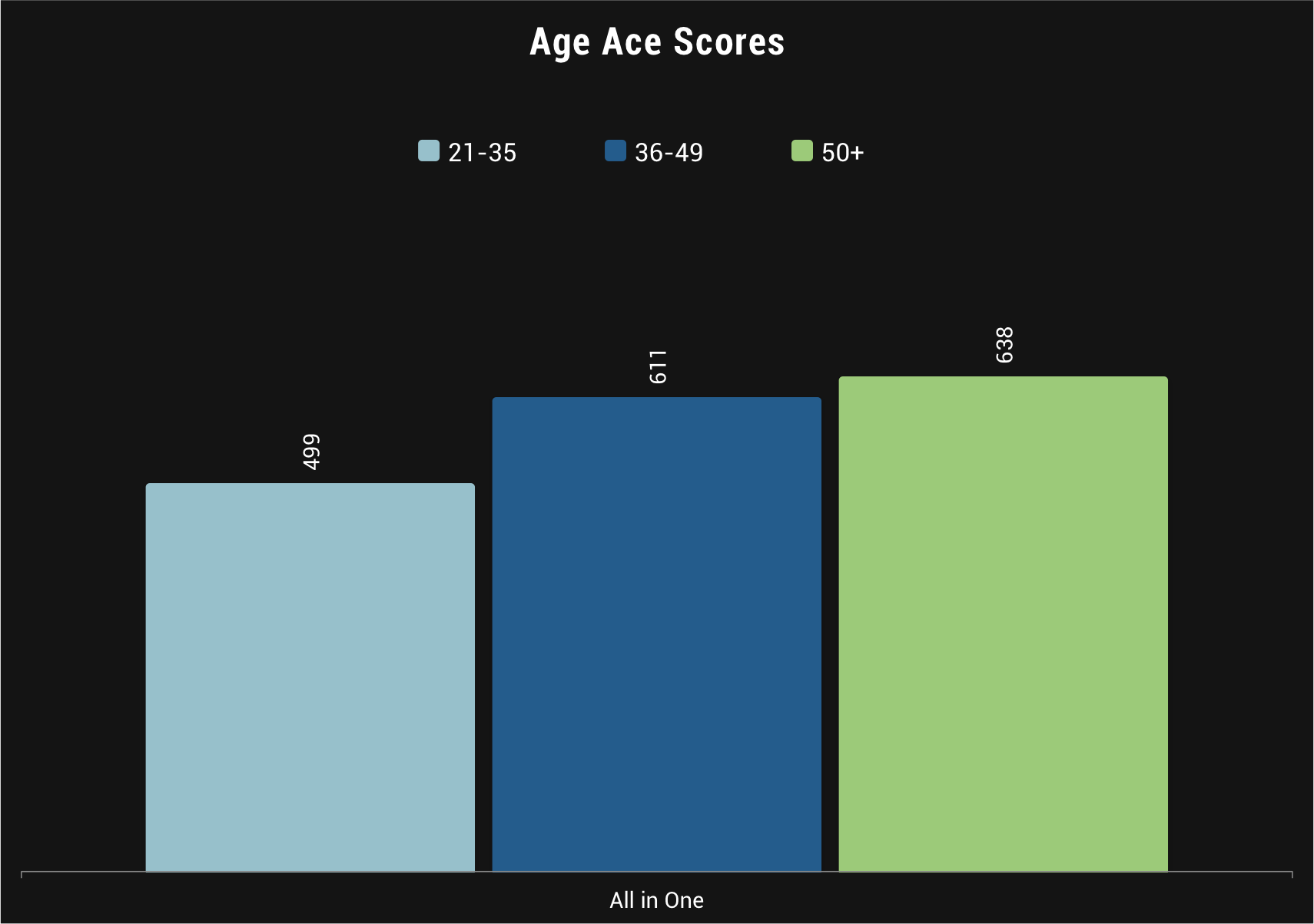 The ad garnered its high score for its ability to convey product information, relevance and desire. The ad’s Information component scored 16% higher than the 90-day norm while Relevance scored 17% higher. Many consumers also wanted their own pair of soft, comfy tennies, awarding the ad a desire score 18% above norm.

While some 16-20-year-olds found the talking pillow “creepy” (5%), the comfiness of the shoes won out with 10% of consumers mentioning the shoe’s “memory foam.” Reaffirming how much consumers are ready to buy this pair of cloud-like sneakers, 7% of the 314 optional responses also directly mentioned that they “want” these Skechers. 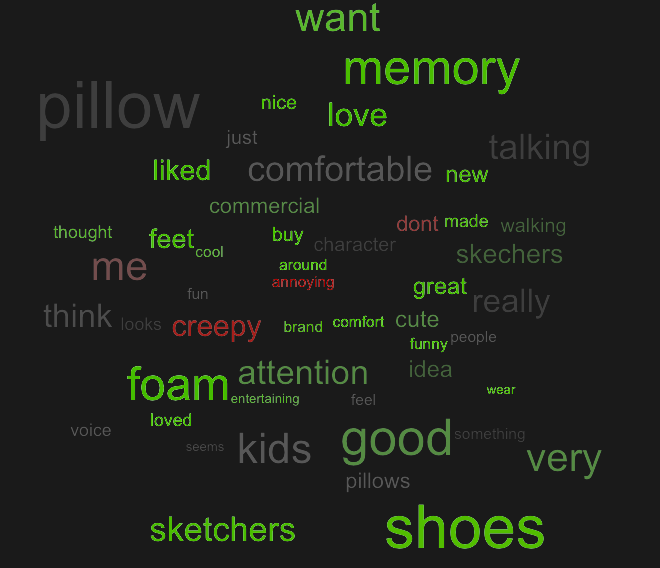 It may be important to note that Skechers does actually sell an adult version of the memory foam sneaker. However, instead of featuring a talking pillow, the footwear brand went with Demi Lovato.

It’s not often we see co-branded ads on the Ad of the Week list, but we’re glad to welcome “Make Someone Happy,” a high-scoring holiday ad by Coca-Cola and Walmart. The cheerful holiday ad earned an Ace Score of 629, scoring higher than the 109 other ads to debut last week. “Make Someone Happy” is the story of a boy who is saving up for a new bike, but there is a special twist at the end that really warms the heart.

The touching spot earned especially high scores in Likeability and Relevance. Likeability achieved a score 19% above the 90-day norm while Relevance came in 10% above norm.

The reason for the ad’s high Likeabilty score can partly be found in the graph below. When asked, “What is the single best thing about this ad,” 38% of consumers responded that the ad’s message was the best thing. 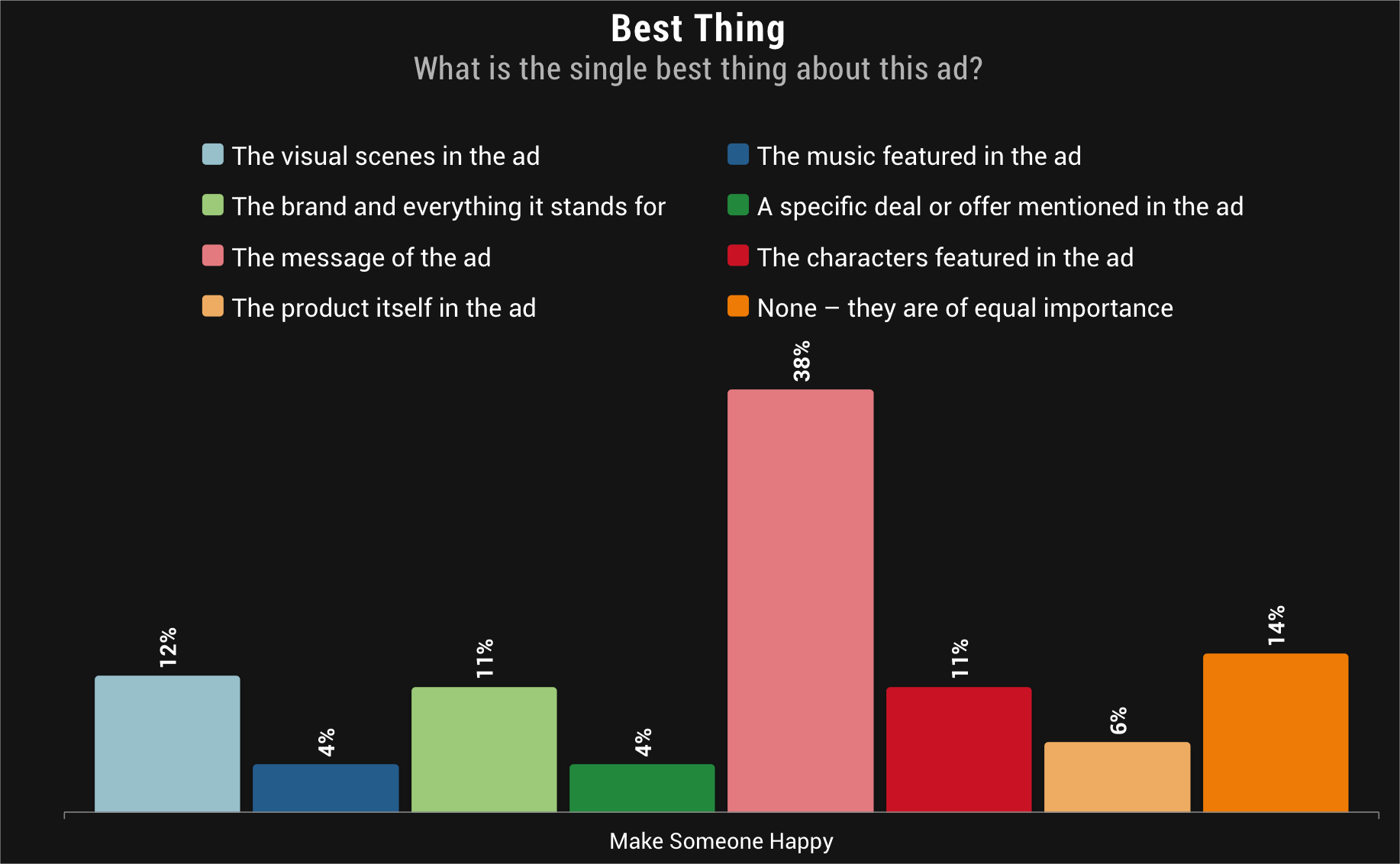 The message of the ad elicited many emotional reactions with 8% of consumers saying the ad was “heartwarming.” As we would expect from a co-branded ad, consumers mentioned both Walmart (12%) and Coca-Cola (Coke) (9%). 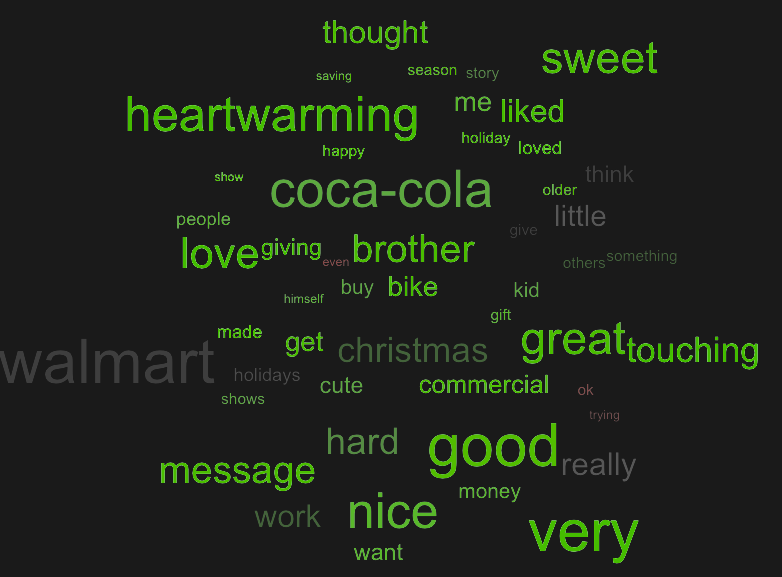