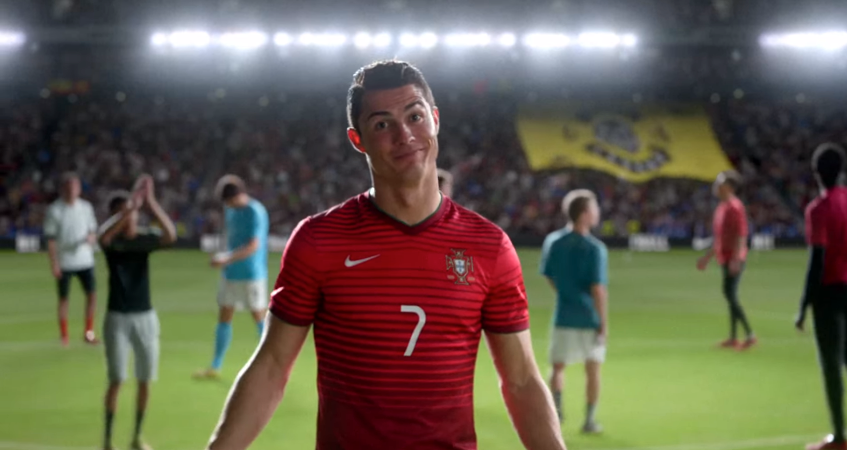 The YouTube Ad Leaderboard is a list we look forward to each month, and now with the 2014 totals in, we get to look and see where these spots excelled. For the past year or so, we’ve taken a look at those lists to provide some insights as to how the ads perform against a representative general population audience. By definition, the ads posted to this list includes paid views, organic views and audience retention (how much of a video people watched). Here’s a look at some of the most viewed video ads for 2014 and how said ads would perform with a more diverse audience.

Ace Metrix scores are based on how everyone would respond to the ad, providing actionable data to marketers contemplating placing their online ads more broadly, digitally or in front of a television audience. To be both among the top viewed ads online and achieve a top quintile Ace Score or high Emotional Sentiment score is the remarkable confluence of great viral appeal and broad demographic appeal.

This end-of-the-year top ads list is a testament to the importance of big, televised events for advertising with half the ads listed surrounding events like the Super Bowl, Olympics or the World Cup.

While we did not have consumers watch the four-minute version of the spot, we did score the trimmed down, one-minute cut. The ad scored well, earning an Ace Score of 549, which is 5% higher than the current 90-day Footwear norm. As we saw with many Word Cup ads from this year, these ads really perform best with consumers who are fans of the World Cup or professional soccer. Since soccer, or football, is the world’s most popular sport, it’s no surprise that—despite its lack of popularity in the states—the ad was number one on YouTube.

Men scored “Winner Stays” 6% higher than what women awarded the spot. The average Word Cup spot this past year scored just 3% higher with men than with women. 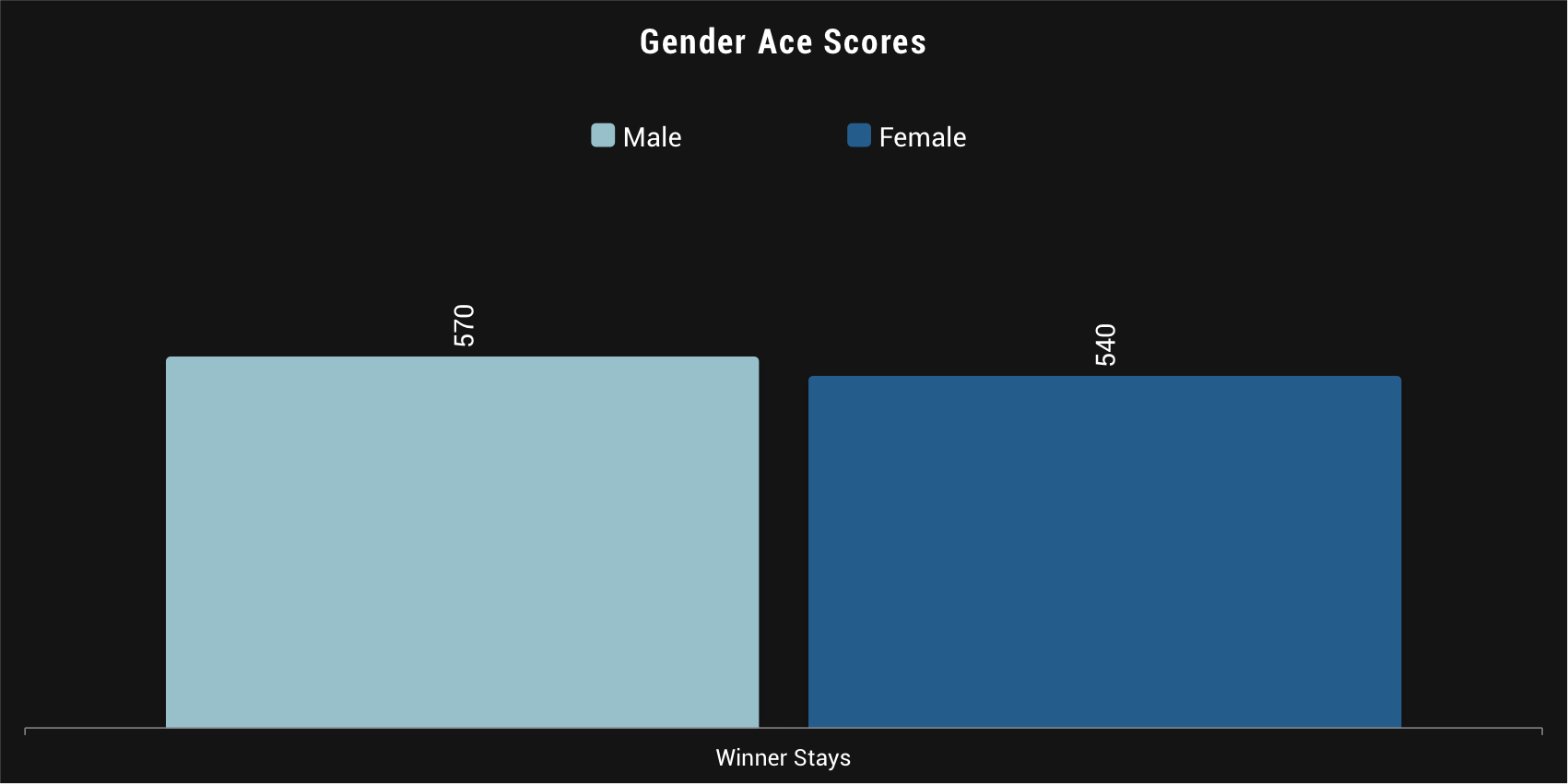 We noticed “Winner Stays” would be a standout early on in World Cup advertising. However, as we mentioned before, there was a dichotomy of opinions between our American survey respondents—some loved it and some didn’t understand it.

Like the previous Nike spot, while we didn’t have consumers score the long-format ad, we scored all of the similar, shorter spots that aired on TV. In all, seven such spots were scored over the course of the World Cup.

The highest scoring spot among the seven was “The Last Game,” which earned an Ace Score of 534, almost 3% higher than the current 90-day Footwear norm. The ad earned its high score for its ability to achieve high breakthrough in terms of Attention and Likeability.

Overall, while the ads (obviously) gained wide success online, worldwide, they faced a tougher audience with the general American public. Much like the previous spot, soccer fans regarded the ads as “cool” and “interesting;” however those who were not fans of the sport found them confusing.

This adorable, fuzzy spot was not just a favorite on YouTube, but it was also the second most effective ad to air during Super Bowl XLVIII. Extremely high Likeability and Attention scores sent “Puppy Love” over the edge—it is rare that we ever see component scores over 800. Males and females of all ages swooned for this heat-tugging ad. So much so, that it scored an Emotional Sentiment score of 83, which is nearly 46% above Budweiser’s ESI norm.

Coming in at number four, Always’ spot, “#LikeAGirl,” quickly rose to its viral status on YouTube. While the ad’s stand-alone Ace Score is extremely impressive (724), it’s the ad’s score with women that is incredibly noteworthy, earning a solid 800.

Of course, the ad’s message is at the forefront of the viral video, and our data show just how apparent and vivid that message is. Sixty-six percent of respondents indicated that the best thing about the ad was, indeed, the message. 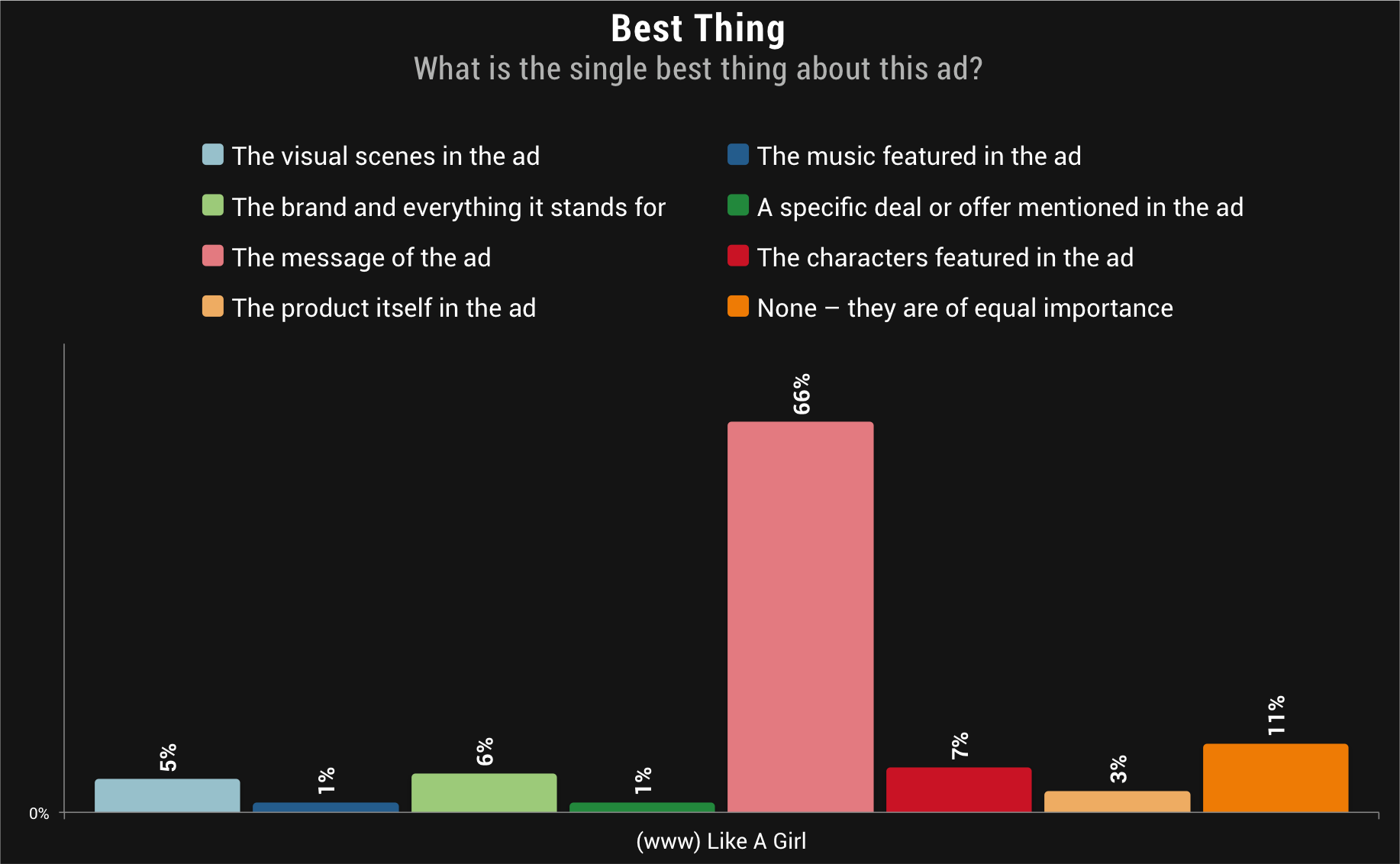 Duracell’s emotionally stirring spot “Trust Your Power” earned an overall Ace Score of 660, 6% above the 90-day norm for Batteries. The ad scored equally as well with men and women, earning especially high scores in the breakthrough components Attention and Likeability.

Debuting just shortly before the release of Apple’s iPhone 6, this Samsung ad didn’t just make a splash on YouTube, it was also all over national TV as well. Consumers awarded the ad an Ace Score of 653, which is an impressive 12% above the current 90-day Mobile Devices norm.

Scoring especially high on Information and Relevance, the ad was able to teach consumers something new while also humorously voicing something consumers realized themselves.

At the end of watching the minute-long spot, many consumers agreed that the Samsung Galaxy was “The Next Best Thing.” Thirty-five percent of consumers indicated that the phone was the best thing about the ad while another 17% said it was the Samsung brand, in general. Either way, this ad was able to resonate with many consumers as the Samsung vs. Apple debate is relatable to nearly everyone looking to buy a new mobile phone.

Procter & Gamble is no stranger to creating Olympic ads dedicated to moms. Its “Thank You Mom” campaign for the 2012 Olympics was also created by W+K and garnered mass amounts of media attention. However, this year’s ad for the 2014 Sochi Olympics had glowing success both on TV and YouTube.

As seen in the ad’s word cloud below, a combination of 382 optional consumer responses, 14% of consumers used the word “very,” signifying a strong reaction to the ad’s content. While 11% of consumers mentioned the ad was “long,” we would assume that this would not be the case when electing to watch the ad on YouTube. 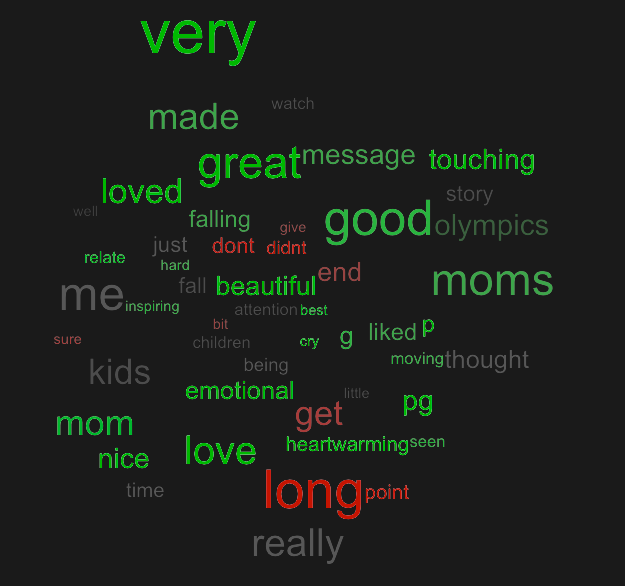 The ad earned especially high scores in terms of the breakthrough components of Attention and Likeability, both coming in well above 700. With a combination of such positive verbatims and high breakthrough scores, we’re not surprised so many people sent this video to their moms to give them a little “thank you.”

Much like Budweiser’s previously mentioned ad, “Puppy Love,” this fur-filled spot was an instant hit. The ad performed well from an Ace Score perspective, earning an Ace Score of 650. The ad scored especially high on the components of Likeability and Attention, which is not uncommon with viral videos. Both components achieved a score of 759, with Likeability scoring 27% and Attention scoring 21% above norm.

10. Heineken “The Payphone with Fred Armisen”

Data coming soon…Check back for updates.

#TBT to the Pairing of a Classic Cereal and Christmas Story